Who am I? is on Their Minds

“Who am I?” is on Their Minds
Middle School Head Reflects on Guiding Boys Through Identity Building
By Tricia McCarthy 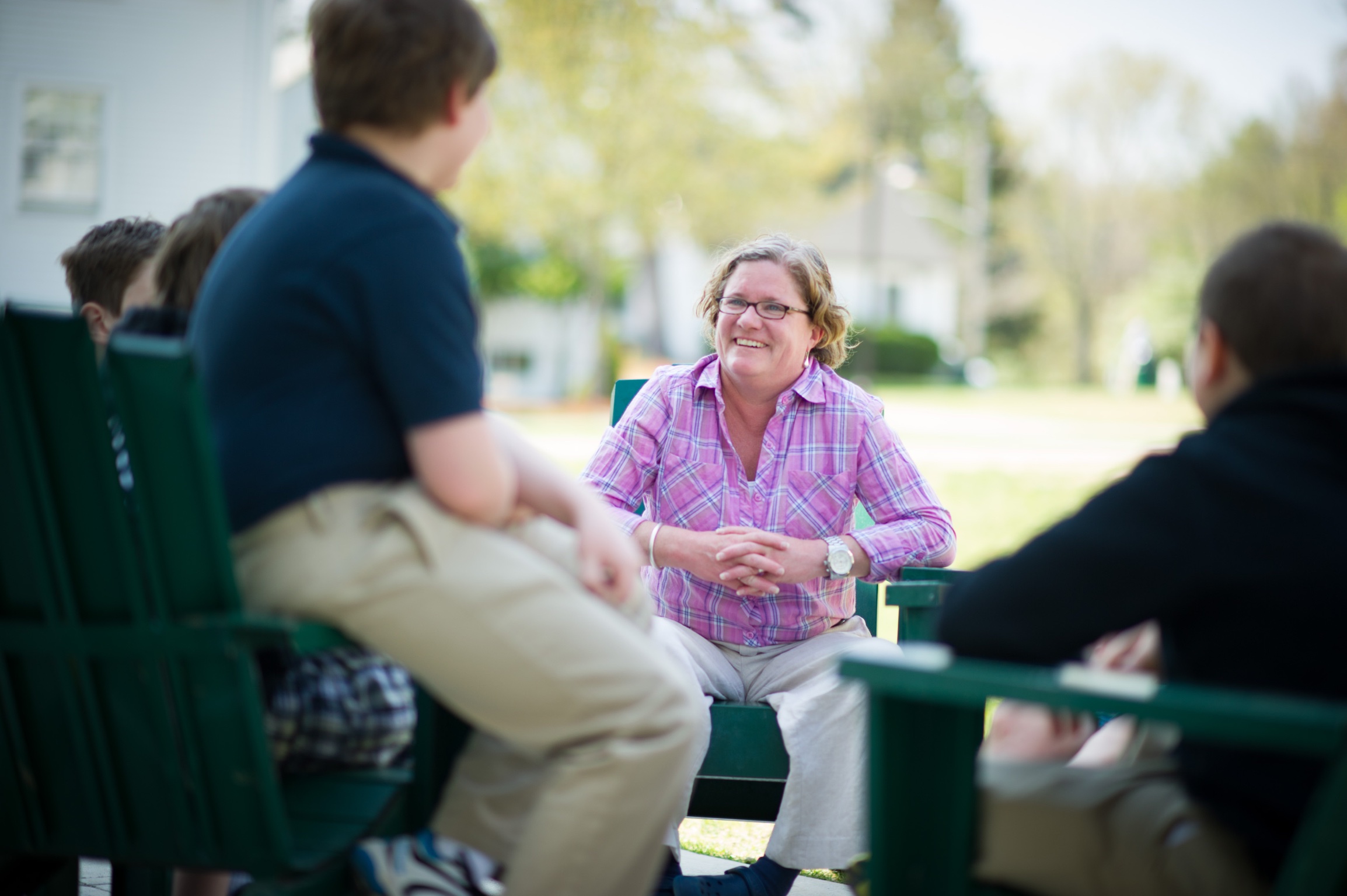 When we were discussing the formation of Identity in my seventh grade Student Life class one year, a boy asked, “So when will I be done with the job?  When will I be me?” I told him that our identity is something we are never fully done defining.

His response was classic: “Oh, no!  That’s like having homework every night for the rest of my life!”

The social, emotional, cognitive and physical changes that begin in the adolescent years are seismic in a boys’ life. It is during his tweens and teens that he will take on what developmental psychologist Erik Erikson calls “the main job” of adolescence—developing identity. But the yeoman’s work of identity formation happens in the middle school years.  Adolescents are perpetually in the conscious and subconscious process of asking, “Who am I?” and “Who is it that I wish to become?”

During this journey, some measure of both success and struggle is not only to be expected, but also to be desired if boys are to fully explore their own identity and place in the world.  At Fenn, boys are encouraged to try out for a play, run for Student Senate, or seek a spot on a sports team with the understanding that they may succeed, or they may not, despite their best effort. Those teachable moments around the qualities of courage and resilience allow boys to define themselves. Providing the environment that enables and encourages them to take risks during their middle school years has to be the caring mission of family and school.

Today, boys are facing challenges that did not exist twenty or even thirty years ago. Previous socially normed gender roles (for vocations, emotions, adult roles in the family, etc.) are shifting, conflating, and being redefined at a pace we have not encountered before. For example, boys and men are being asked to be “more sensitive” and to show more “feelings.” Asked to grow from boys to men in a world where their own fathers and adult male role models are still navigating the somewhat uncharted waters of gender role redefinition, boys can sometimes feel adrift as to what a “real man” is supposed to look like or act.

In addition, consider that boys are being bombarded with messaging and images—often conflicting and confusing—about masculinity. They see TV shows where the verbal give-and-take is clever, witty (often crude), and fast paced. They exist in a “social texting universe” whose currency is verbal facility—literally, words on a device screen with little time for reflection or thought before a reply is expected or made. Boys are left trying to travel across the adolescent emotional landscape where the landmarks are not fixed in space, and the societal emotional “maps” available to them are limited.

So who are boys in their middle school years?  The answer is as nuanced as boys themselves. Boys can be utterly meticulous and joyfully messy. They are witty, and they can be wise. Boys see the humor in just about every niche where it hides. They love to laugh, but desperately do not like to be laughed at. Boys are in a game of constant catch-up, growing into bodies that are, at every moment, outgrowing them. Boys and young men are acquiring voices which sound like a clarinet whose reed has gone dry at one moment to one that sounds eerily like their father’s the next. They are exuberant as they “try on” new and challenging roles we put before them in their middle school years.

Boys are active; they move. A lot. They laugh. And they cry. Boys are competitive. (Witness when one accidentally burps in class and invariably another boy tries to do so with more volume or panache.) Boys are social beings. They want to feel connected to something larger than themselves such as a sports team, makerspace crew, cast of a play, or advisor group. They are loyal friends who will stick up and look out for each other. The seventh grade boys on the Washington D.C. trip guard each other’s well-being like soldiers in the trenches; it is wonderful to watch them nudge a boy who is a little homesick and say, “Come on the flight simulator with us!” Or to approach a chaperone and say, “I’m not sure, but I think [so and so] seems a little sad right now.”

In these moments, boys rise to a level of compassion and tenderness (and courage) that would make the adults in their worlds very proud. Boys long to be helpful. One only need be in the dining hall when one of them accidentally drops a plate to witness several others jumping up to pick up broken dish pieces and mop up the mess. Boys love to solve problems.

We often discuss how, in a boys’ school, we can help boys become young men. We have to “catch them doing something right,” as a colleague once noted, as often as we can. Given the chance, boys have great capacity for compassion and young wisdom. They hold untapped promise if they are understood and encouraged to be their rich and flawed selves. If they trust us and know we love and care for them, and we in turn provide the right environment for them to do their “main job,” boys stand well supported as they strive to answer the questions, “Who am I? Who is it I wish to become?”