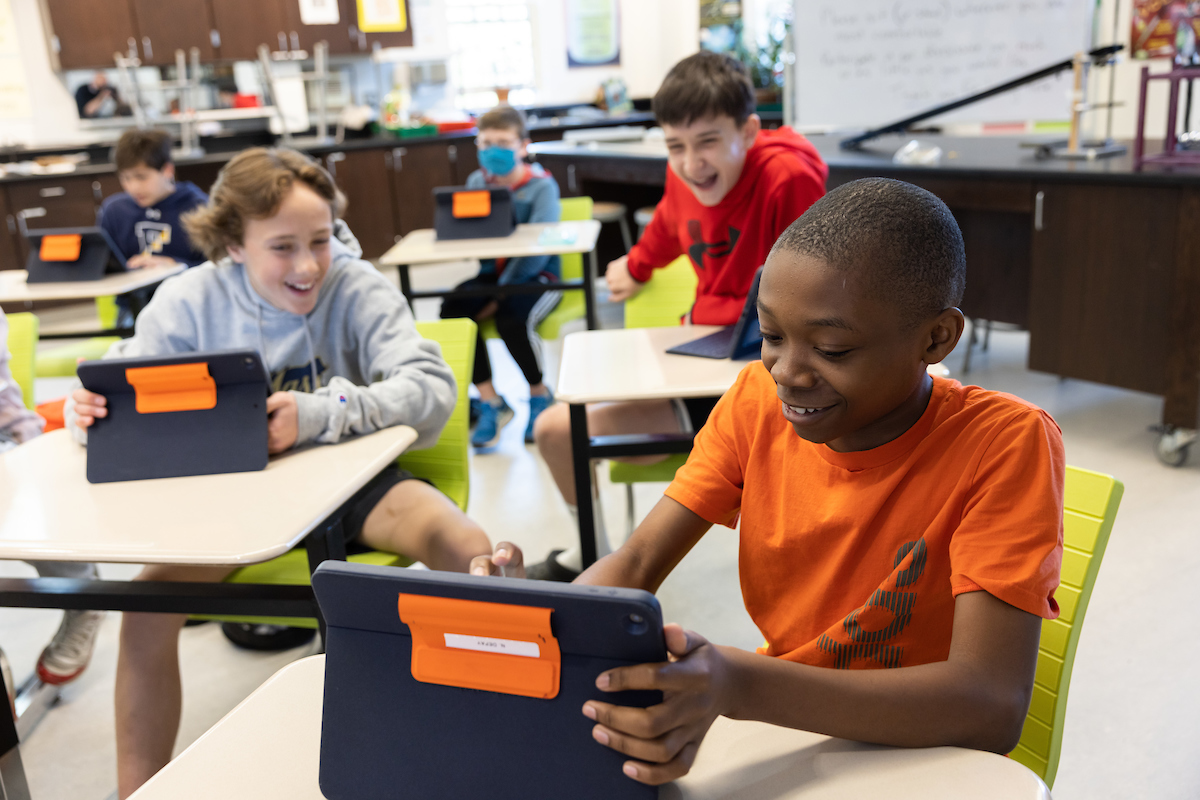 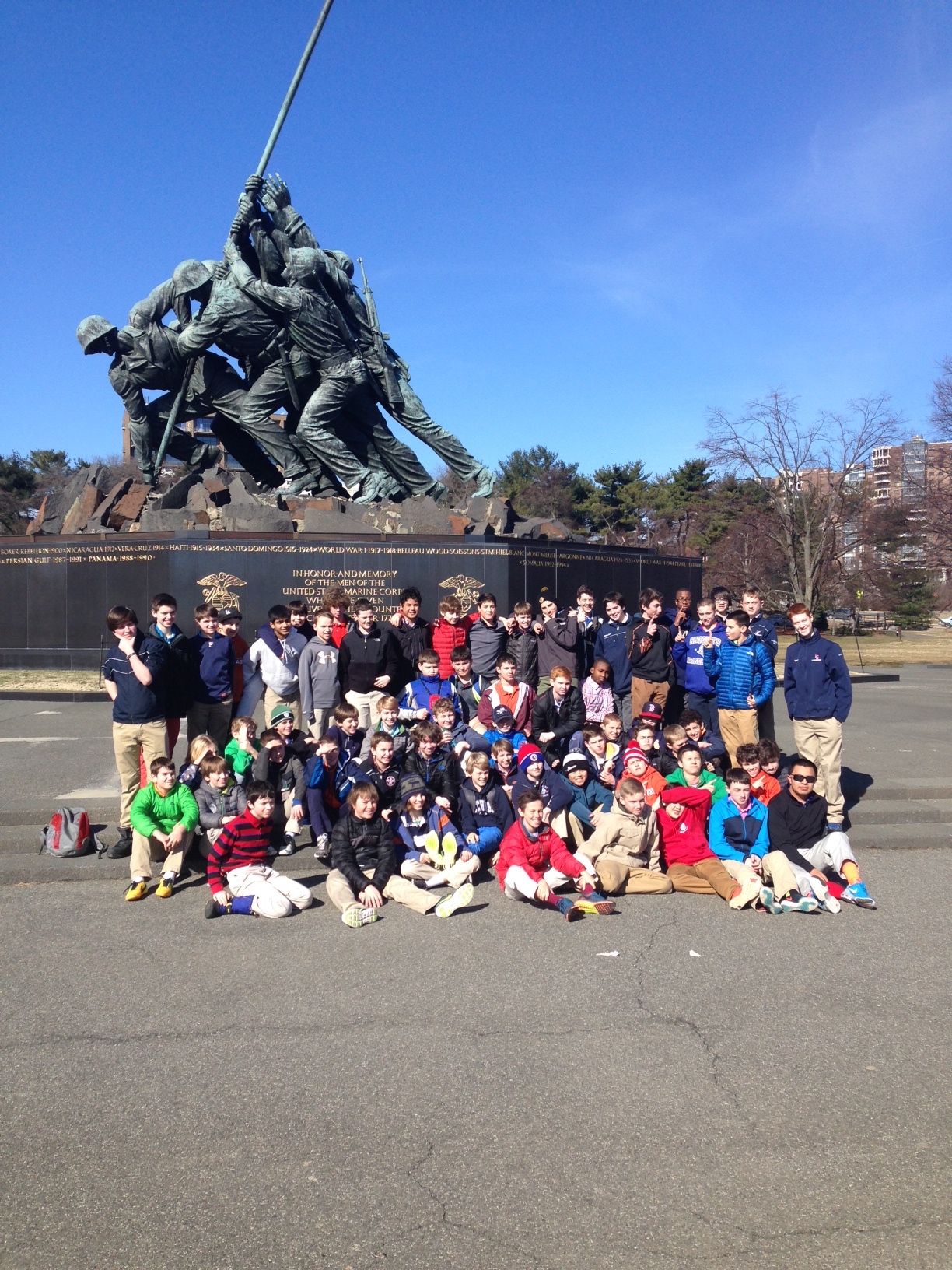 On the way to The District with the Fenn 7th Graders

Well, we're in Maryland rolling down I-95 on our way to Washington, D.C. -- the epic "7th Grade D.C. Trip" which has made every yearbook as a cherished memory for decades. The boys are playing cards (one is learning solitaire from his buddy); they are sharing music, the are reading books and they are watching "Hoosiers" on bus video screens. They are hanging out and having fun.  We have already stopped at two food courts -- one for the boys to refuel, and one for the buses to.

Our next stop is to meet our guide at Country Hill Barbecue and then off on the night time tour of the monuments and memorials. The next few days are filled with historic significance, camaraderie and sheer fun. For some of the boys, the experience will be filtered through some apprehension about being away from home and for others downright homesickness. For others, it will be a sheer delight!

In forty four hours we will be back on this bus, in Maryland rolling up I-95 on our way from Washington, D.C. back home to Fenn having experienced the epic 7th Grade D.C. trip and then on to spring vacation. Friendships will have been formed, strengthened (and maybe even redefined); boys will have taken risks and been good to each other, some -- if not all -- will have met the legendary Ernie and they will have seen our nation's capital.

The chaperones, it must be said, will be tired and eager to get home, but they will, inevitably be appreciative of the Fenn boys who make us so proud on this trip each year.

Be prepared to welcome your sons home as the newest inductees to a decades old club -- the 7th graders returning from D.C.

Today, we saw Arlington National Cemetery with the Kennedy graves, the Eternal Flame, the U.S.S. Maine Memorial, and the Shuttle Memorials among other things. Most impressive and moving was the Changing of the Guard at the Tomb of the Unknown Soldier. Then it was off to see the Capitol Building and a more somber visit to the U.S. Holocaust Museum where we saw the permanent exhibit and another called "Some Were Neighbors..." about complicity and heroism in the horror. Some of our boys made connections to the phrases "Upstanders vs. Bystanders" from Student Life classes and Peer Advocate training. From there, we walked to the Ronald Reagan Building where students experienced the full-on security of a federal building followed by a variety of lunches options. Next was a "spin" in the National Air and Space Museum where the grand attraction was the flight simulators. The twilight tour of the Martin Luther King, Jr. Memorial, The F.D.R. Memorial, the Jefferson Memorial and the Air Force Memorial followed a filling homestyle Italian meal at Carmine's.Then it was back to the hotel and a little social time, time in the rooms and then lights out. The hotel floor was quiet pretty quickly thereafter.

It was a wake up call at 6:30 this a.m.; pack; clean up the rooms and be checked out by a chaperone to bring luggage down to breakfast. Our boys left the rooms spotless! Lots of eggs, bacon/sausage, cereal and bagels fortified us for our day today. Boys waved their assigned flag as we passed "their" nation's embassy on Embassy Row. We cruised past the National Cathedral and just beat the crush at the opening of the National Zoo.

We are now on the bus and headed home. Boys are comparing pictures they have taken. They are seeing whose stuffed panda souvenir is softest (most claim these are for sisters, though I am not so sure, and that is delightful in its innocence). The bus is abuzz; I am hearing about Darren McFadden. Something else is "hilarious." "Wow! Everyone look out the left window!" shouted from the back of the bus as we pass the gleaming Mormon Temple high on a hill.

We'll be on the road for about two to two and half hours before our first stop. We'll grab snacks and lunch and get back on board. There will be a bit more buzz, and we'll put a movie in. The shades will come down to block the sun somewhat so that the video screens are more clear. The bus will darken slightly. There will be a card game here, two boys playing a video game there, and slowly rows of socked feet will appear horizontally of the end of seats and into the center aisle. Quiet will descend; the movie will end, and no one will call out, "What are we watching next?" Which is just as well, because the chaperones are probably asleep, too.

Don't be fooled. The bus will "wake up" at the next stop, and the buzz will start all over again. Boys have loved this trip and, if I had to guess, they are happy to get home and, at the same time, they're are sad it is over. I know I am.

Posted by in Patricia McCarthy on Thursday March, 12, 2015
Tags:  Beyond the Classroom, Middle School
Like
0