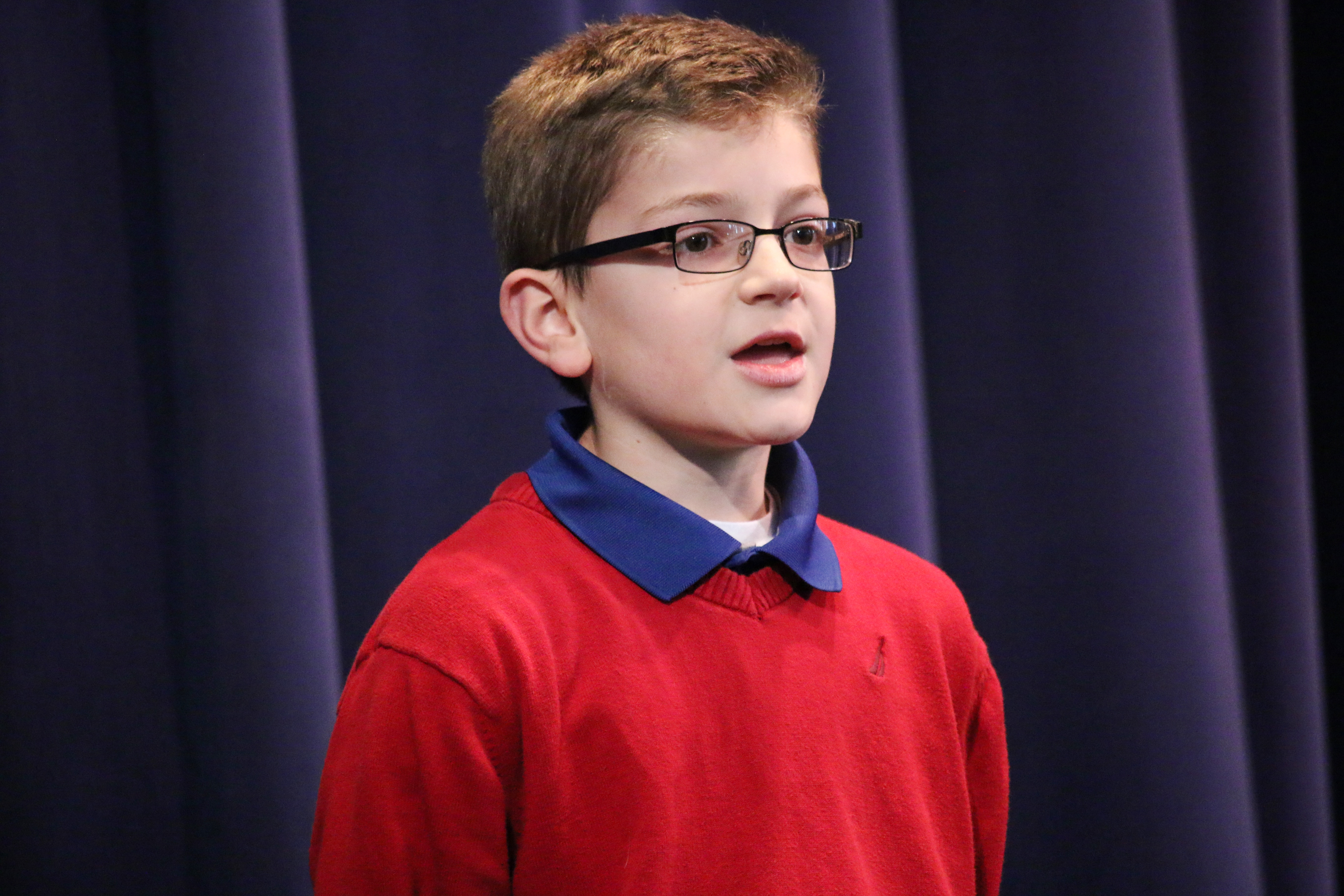 “Do the thing you fear,” said Concord’s own Ralph Waldo Emerson, “and the death of fear is certain.” There is nothing much more frightening than speaking in public—studies show that it is what people most fear—but throughout the course of their education, Fenn boys are encouraged to overcome their fright so that they might stand and deliver in the meeting hall.

Public speaking has a long history at Fenn. Founder Roger Fenn once wrote that the School, “though small and intimate, has always been strong for developing leaders in a democratic society, men with sound ideas who were ready and willing to speak in public and do it effectively.”

Fenn boys begin developing the confidence and competence to address the community as soon as they enter the School as fourth graders. Students stand to make announcements about upcoming games or club activities; ninth graders present Senior Reflections, sharing with the community experiences that are important to them; an extemporaneous speaking contest asks the boys to wax spontaneous after being given a topic such as “Procrastination is an art,” or “The two most useful words in Latin are…”

The most significant challenge is the W.W. Fenn Public Speaking Contest, begun in 1946 and named for William Wallace Fenn, a scholar, preacher, and public speaker who was the dean of the Harvard Divinity School and father of the school’s founder. Boys in sixth through ninth grade commit to memory a historical speech, a poem, or an excerpt from a novel or play and recite it on stage before the school community and a panel of guest judges. A separate competition is held in the Lower School.

Many alumni say that among their most defining moments at Fenn are the times they mustered the courage to speak before their schoolmates and teachers. Many still recall their extemporaneous efforts or the pieces they memorized for the speaking contest, and the sense of pride and accomplishment that followed.

play
Unable to play the selected media.
Click here to proceed to the next media item
play
pause
prev
next
/
360p
Update Required To play the media you will need to either update your browser to a recent version or update your Flash plugin.