Get ready to support your team by making an Annual Fund gift to the Fenn School, and help us reach our goal of 75 new gifts in one day.

<Back to News
Student Exhibit Titled "Identity" in Kane Gallery 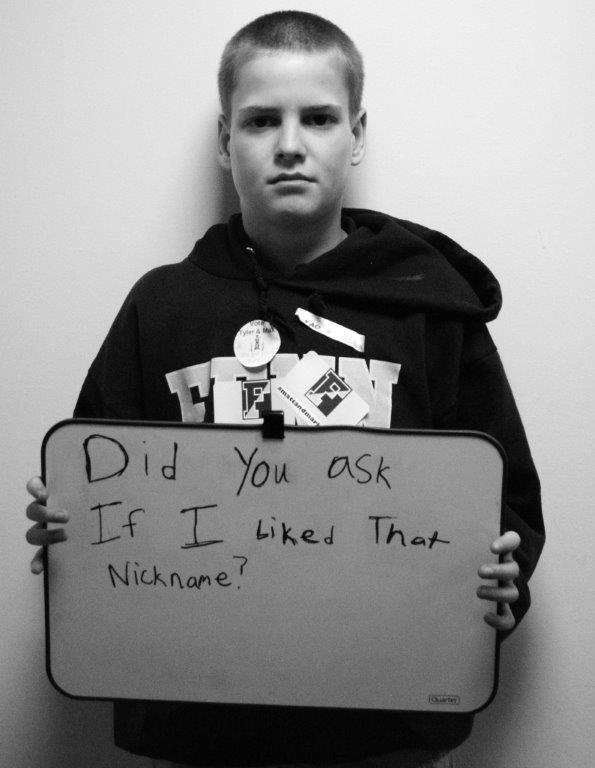 The black and white photos are of students, some smiling, some pensive. Each boy holds a small white board on which he has written a statement, such as:

Did you ask if I liked that nickname?

As a Muslim, should I feel responsible for what other Muslims do?

Just because you see me does not mean you can see me.

The statements are provocative, which is intentional. The portraits, on display in the Kane Gallery through June 5 as part of a student exhibition titled “Identity,” are of members of the student Diversity Committee. The boys have been discussing issues such as socioeconomic diversity, race, peace, conflict resolution, and identity this year.

They have recognized that a person’s sense of identity has many components and that there are challenges involved “in expressing one’s identity or even understanding it,” said Tete Cobblah, director of diversity and Fenn’s fine arts coordinator. The boys wanted their discussion to impact the Fenn community and decided to express their feelings through portraits accompanied by thought-provoking comments.

The exhibit also features another aspect of identity: where one lives. Eighth grader Sam Farley is a license plate collector who writes a bi-monthly column for the Automobile License Plate Collector’s Association (of which he one of its youngest members) magazine and who has been interviewed by the Canadian Broadcasting Corporation.

Sam owns more than 500 plates; he has found many of them at flea markets, antique shops, and eBay, and has been given plates by people who know he is an aficionado. The display makes one think, Tete says, of how the plates define the states they represent and the country as a whole.