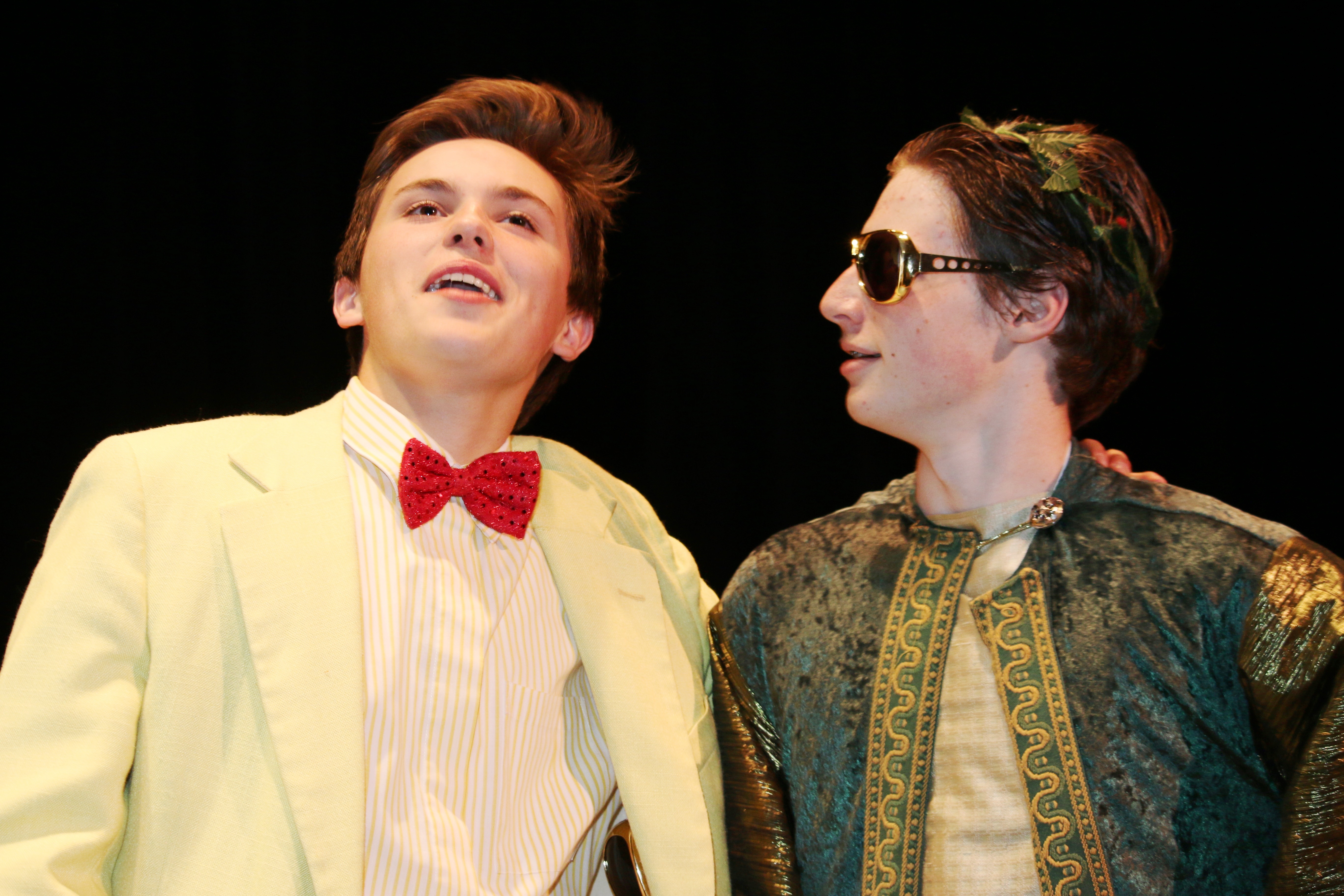 “Lord, what fools these mortals be!” declares the sprite, Puck, in A Midsummer Night’s Dream, when he has administered a love potion to the wrong person and chaos ensues.

That incident, recreated and multiplied, is a scene in the play Shakespeare in Hollywood, presented on May 19 and 20 by the Upper School players as their spring comedy.

The play was directed by Tiffany Toner Culp, with assistance from Dr. Charles Streff. Rob Morrison served as technical director.

In the play, written by Ken Ludwig, the author of the Tony Award-winning Crazy for You, Shakespeare’s most famous sprites, Oberon and Puck, magically materialize on the Warner Bros. set of Max Reinhardt’s production of A Midsummer Night’s Dream. Instantly smitten with the glitz and glamor of show business, the pair, who took a wrong turn on the way back to ancient Athens, find themselves on the silver screen, playing themselves. “We’ll be moons!” declares Oberon. “No, not moons—stars!” says the more savvy Puck. With a love-potion-bearing flower, a blonde bombshell, movie moguls, and a celebrity crazed columnist, the plot spawns some loopy love triangles until Puck rights his wrongs and all ends happily.