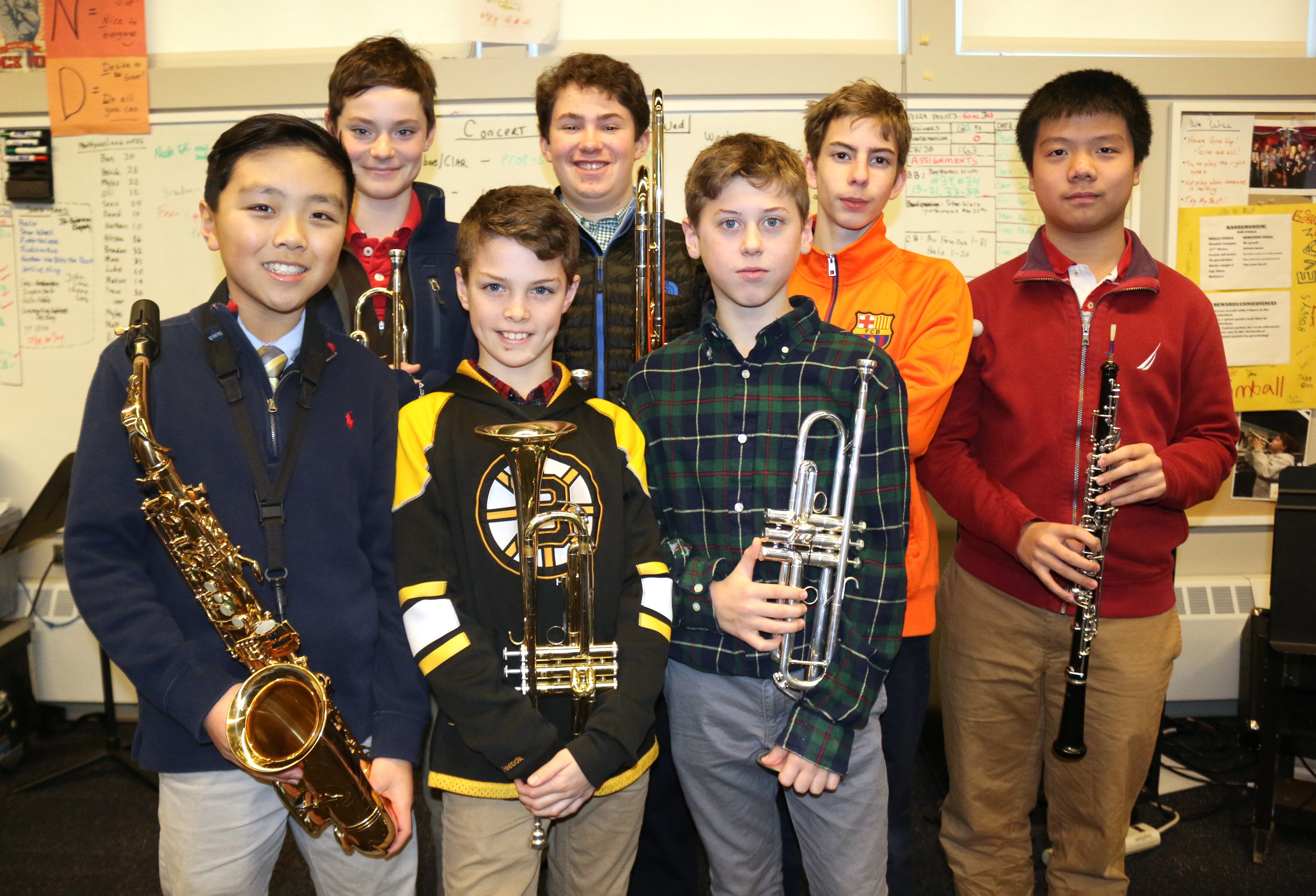 Three Fenn musicians were tapped for this year’s Junior District Festival to be held in early March at Lincoln-Sudbury High School. Ninth grader Peter Blau will be playing the trombone in the Jazz Band; eighth grader Julian Yang will perform on his alto saxophone in the Concert Band, and eighth grader Henry Patton will sing as a tenor in the Mixed Choir.

Auditions were held at Needham High School on January 30, with Fenn boys competing against the very best seventh, eighth, and ninth grade musicians, boys and girls, for a spot in one of four honor groups: Orchestra, Concert Band, Jazz Band, and Choir. The Junior District Festival is held every year and is sponsored by the Massachusetts Music Educators Association.

Peter is playing fourth trombone, one of only four musicians selected for this instrument. Julian is sixth chair alto sax of eight saxophonists selected; saxophone is the most competitive section, says Maeve Lien, Fenn’s instrumental music director. It was Henry’s first time auditioning and first time at the Junior District auditions.

The festival is "extremely competitive," says Maeve, and the auditions draw some 1000 students from public and independent schools in the eastern part of Massachusetts. "I'm very proud of the boys who prepared, auditioned, and demonstrated such bravery and skill."