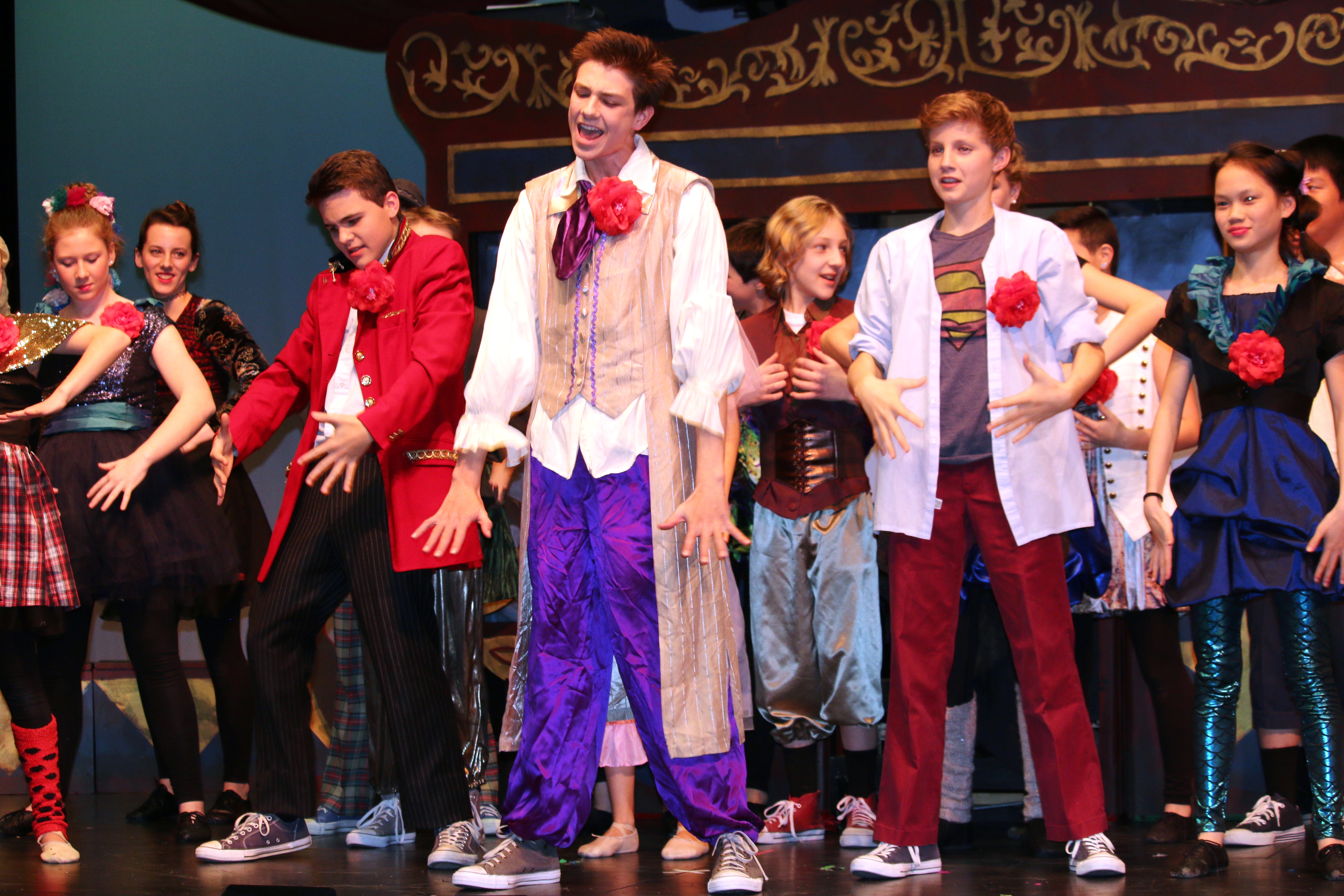 Fenn's Ward Hall resounded with “Day by Day” and other well-known melodies from the hit Broadway musical Godspell on March 4 and 5. The production, directed by Tiffany Culp, featured Fenn School boys and Nashoba Brooks School girls. The musical director was John Eldridge.

At Nashoba, the Tony-award winning musical Fiddler on the Roof was performed on March 5 and 6 by a joint cast directed by Rachelle Vachon, with Christel Michaud as musical director. This is the first year two joint winter musicals were staged by the schools; in prior years a single production alternated between the schools.

Godspell, written by Tony award winning songwriter and lyricist Stephen Schwartz, tells the story of a group of young people who help Jesus Christ relate several parables through games, storytelling, comedy, and an eclectic blend of songs. The play, which dissolves hauntingly into the Last Supper and Crucifixion, conveys a broader message about the importance of kindness, tolerance, and love.

Fiddler, the brainchild of Broadway legends Jerome Robbins and Harold Prince, centers on Tevye, a poor dairyman, and his five daughters in a tight-knit and colorful Jewish community in Czarist Russia. Tevye tries to teach his protect his daughters and to teach them traditional values in the face of changing social mores and growing anti-Semitism. Its universal theme is the importance of maintaining tradition.