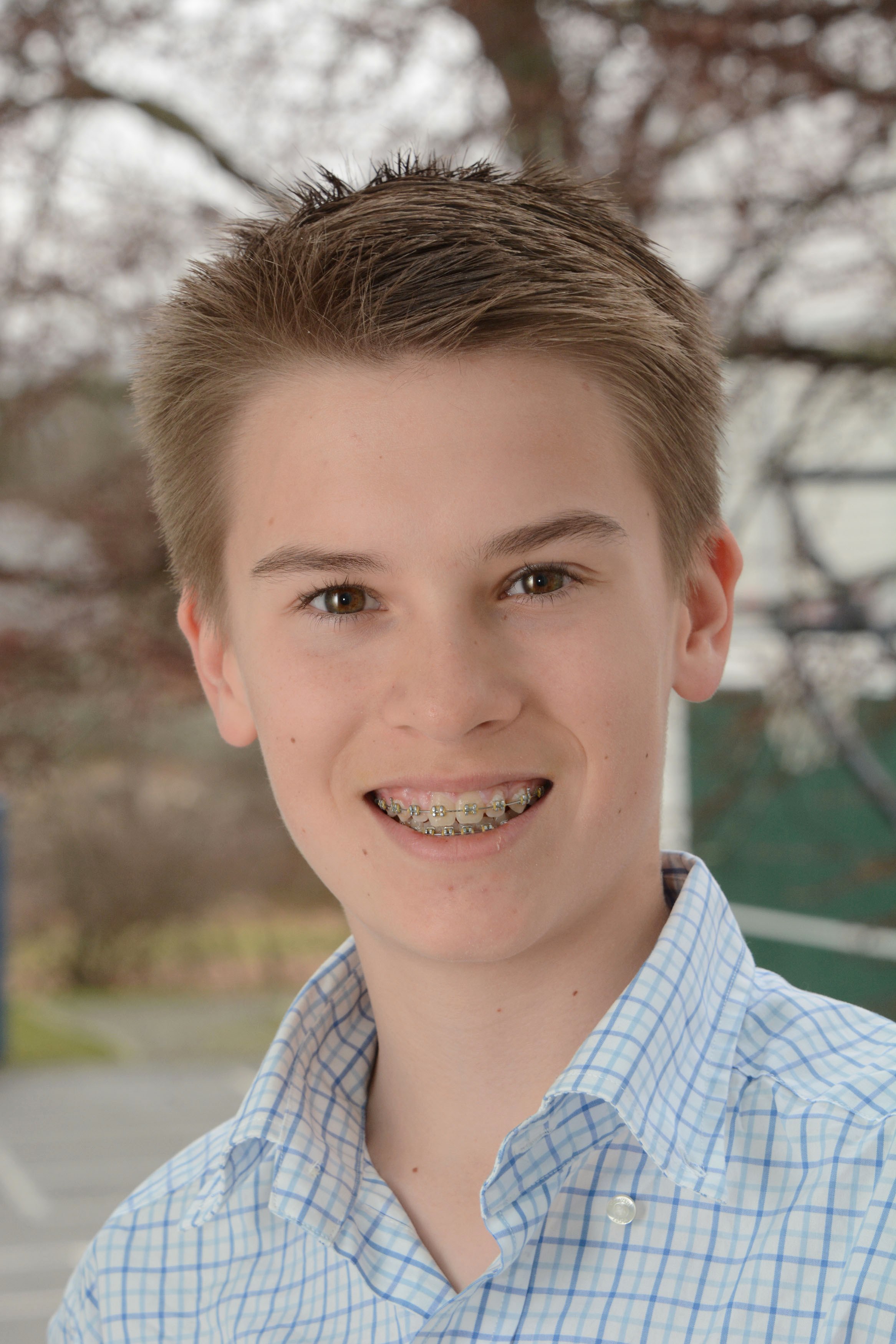 "Why did you want to climb Mount Everest?"

This question was asked of George Leigh Mallory, who was with both expeditions toward the summit of the world’s highest mountain, in 1921 and 1922. His answer? "Because it's there."

Perhaps that is what motivated ninth grader Mark Reiss and his dad, Stan, to climb all of forty-eight peaks of 4000 feet or higher in New Hampshire, most of which are in the White Mountains range. They began their quest in 2012 and finished about two years later. The experience, Mark said in his Senior Reflection, drove home the importance of persevering through difficulty.

“If you’re challenged by something, push yourself,” he declared. “You’ll remember it forever.”

Mark and his dad didn’t really know “what we were in for,” Mark said, and hadn’t considered at first that one has to hike to the mountain before one can hike up it. The hikes, up mountains that ranged from 4003 to 6288 feet, were “really difficult,” some of them involving a fifteen-mile round trip. And there were the “heartbreaking moments,” he added, of reaching the top of a peak only to realize that they were only partly there; another peak loomed in front of them.

The hikes, though meditative, were sometimes a bit exciting. Like the time father and son turned a sharp corner and confronted some ground birds that began screeching and flapping at them. Or the days when the fog that settled over the mountain caused them to be disoriented, if not temporarily lost.

The hikers were exhausted and sore, Mark said in an interview after his reflection, and he usually fell asleep on the ride back home after a stop at their “landmark” Burger King. But even when the two considered quitting, they would say to each other, “We started this, and if we stay committed, we’ll be glad.”

Now Mark and his dad maintain a trail on one of those peaks, Mt. Monroe, that they have adopted, cutting branches below the tree line, and above it, creating four-foot by four-foot rock cairns to help guide hikers in the fog.

Mark is an outdoors enthusiast, and when he isn’t hiking he likes to ski and play soccer, his favorite sport. He plays at Fenn and on the FC Stars team. Mark was a member of the Youth in Philanthropy Group this year, and serves as a Big Brother to a younger student. He calls biology his favorite class as he likes “learning interesting things, hands on,” but adds that his Spanish class is “always a lot of fun.”

At home Mark is one of three children; he has a twin sister and an older brother, both of whom attend Groton School, where Mark will join them in the fall. When he is not playing soccer or hiking, Mark enjoys spending time with his family, especially watching movies; a recent favorite is The Martian, but Mark always tries to read the book first, and in this case (and in many others, he notes), “the book was better.”

When he graduates in June, Mark will miss, “The way the boys act here; how they reflect the School’s core values [honesty, empathy, courage, and respect],” he said. "There are a lot of really nice guys here.”