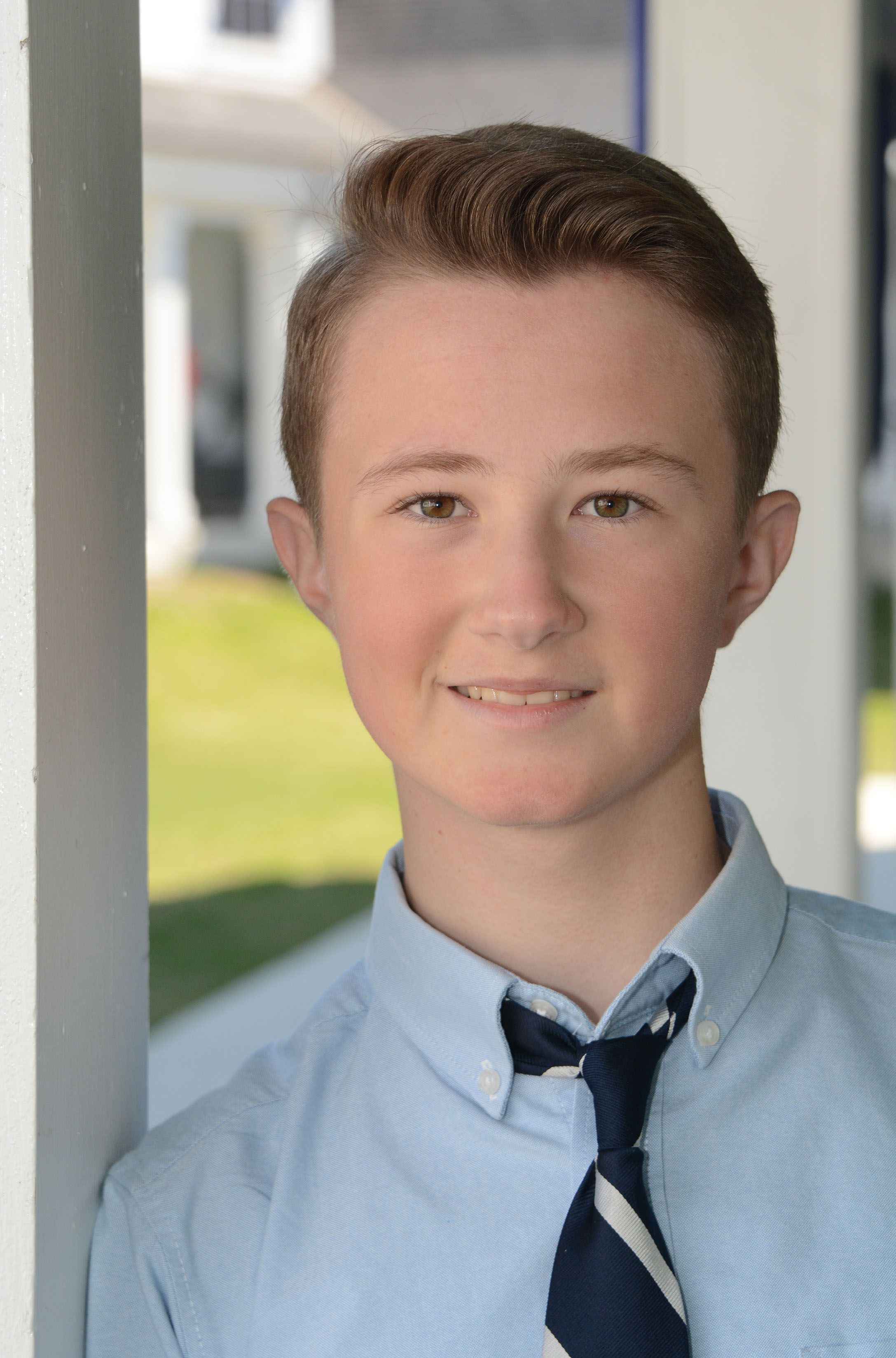 There are lots of ways to learn life lessons, and one of them is through particular relationships. For Henry Warzecha, playing golf with his Uncle Richard helped him realize that “one needs to bounce back from mistakes and move forward, not look back,” he said in his Senior Reflection.

Henry’s uncle, his dad’s brother, lives in Minnesota, where Henry has visited him. In the summer, Richard joins the family at their home on Prince Edward’s Island, and he and his nephew enjoy playing on the many good golf courses there. Henry has learned by example the importance both of doing one’s best and of showing respect to opponents.

His uncle might hit a ball into the woods, but “he doesn’t dwell on it and instead focuses on his next shot,” says Henry, who has carried this lesson to school, where, if he doesn’t do well on a test, he comes in the next day “determined to work harder." And after each round, he and his uncle remove their hats and shake hands with their opponents.

At Fenn, Henry plays baseball, his other favorite sport, and basketball, and he serves as a Big Brother to a younger student. Henry helps run the school store, which is “fun, but chaotic sometimes,” he said in an interview after his reflection. His favorite subject is English because he prefers writing to speaking. “I like to think about my words and I can do that better when I write than when I speak,” he said.

One of Henry's interests is economics, and he has run a hedge fund for over two years. Using a loan from his parents, he follows the markets each day and his initial investment has increased by fifty percent. He is allowed to keep twenty percent of the profits. Henry is also interested in computer science and has built his own computer, in part to use it to do his homework but also “for the experience of seeing what it’s like to put one together.” Henry has an older sister, Annie, and the family has a Brittany spaniel named Dakota.

Henry said that one of his best memories is going on the seventh grade D.C. trip, where “I got to know my friends much better” while riding on the bus, staying up late to talk, and touring the monuments and museums. He has attended Fenn since fourth grade and said that since he will be moving on to a coed school, he especially appreciates attending a boys’ school, “where you can be yourself and not feel judged.”