<Back to News
Bennet Kracz: Conquering My Fear of Public Speaking 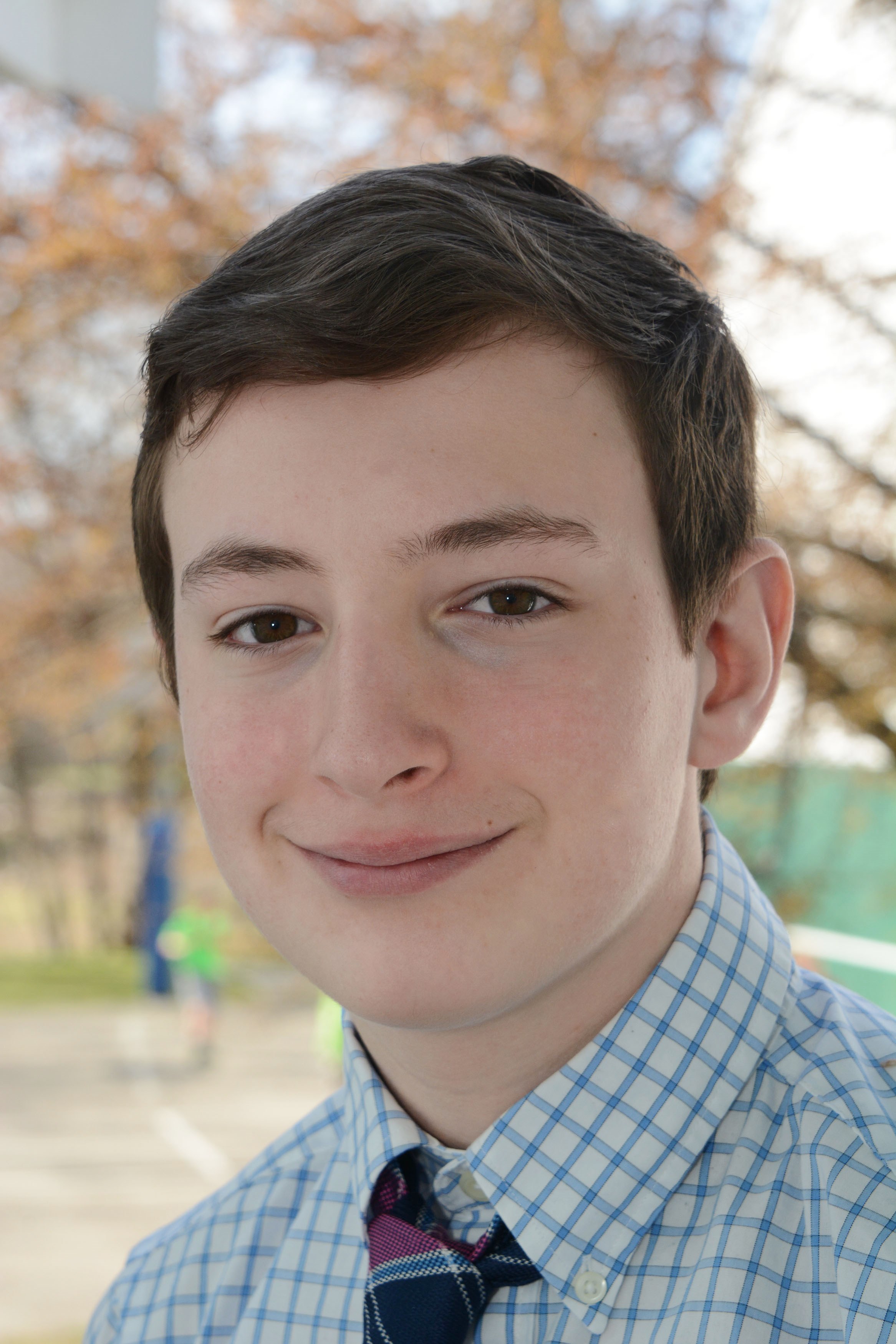 Ninth grader Bennet Kracz has two memories of his six years at Fenn that are a bit painful: one was the time he stood on the Robb Hall stage with his fourth grade class, singing a song. “I was in the front row [of the singers] and suddenly I grew dizzy and nauseous and hot,” he said. This was the first sign that speaking—or even singing—in front of people was not going to be his favorite activity. Four years later, in eighth grade, his classmates chose him to advance to the Ward Hall stage to present his memorized piece in the W.W. Fenn contest. Terrified at the prospect, Bennet declined the honor and allowed another boy to advance.

Looking back at that second moment, which he did during his Senior Reflection, Bennet said he realizes he missed out on a great experience. He has since learned that “If you mess up on the stage here, no one will make fun of you. Fenn is a safe place.” He urged those in the audience not to make “the same mistake I did,” adding that they should “take advantage of all of the opportunities you are given here.”

Bennet stood in front of the hall again this winter to introduce the non-profit organizations that were to be presented checks by the Youth in Philanthropy group, of which he was a member, and he delivered his Senior Reflection on April 21 with poise and confidence. In an interview after his reflection, he said he is more confident about public speaking now, in part due to the support of his peers and teachers. He was particularly touched, he said, by the encouragement offered to him by his fourth grade teacher, Ben Smith, before Bennet walked to the front of the hall to address the community. Mr. Smith, Bennet added, is the teacher who had the most impact on him at Fenn, making him feel comfortable and welcome when he arrived as a nervous fourth grader.

At Fenn Bennet has played soccer and basketball and is playing tennis this spring. Science is his favorite class because of the “hands-on learning” involved, as Bennet would like to become an engineer. He is “one of those kids,” he said, “who spent hours in his room building Legos and taking apart cameras and computers.”

In his free time, Bennet does chores at home, plays video games, and enjoys the company of the family’s two dogs, a black lab named Sawyer and a terrier-poodle rescue dubbed Tater because “he looks like a Tater tot,” he says with a smile. One of Bennet’s favorite Fenn memories is of his fifth grade spring trip to Merrowvista, during which, “We were in small groups, so we could bond, and it was great to be outdoors together.”

Bennet looks forward to doing the Orientation At Sea program at Tabor Academy this summer, an optional six-day sail on the schooner SV Tabor Boy that enables students to get to know one another and the school.