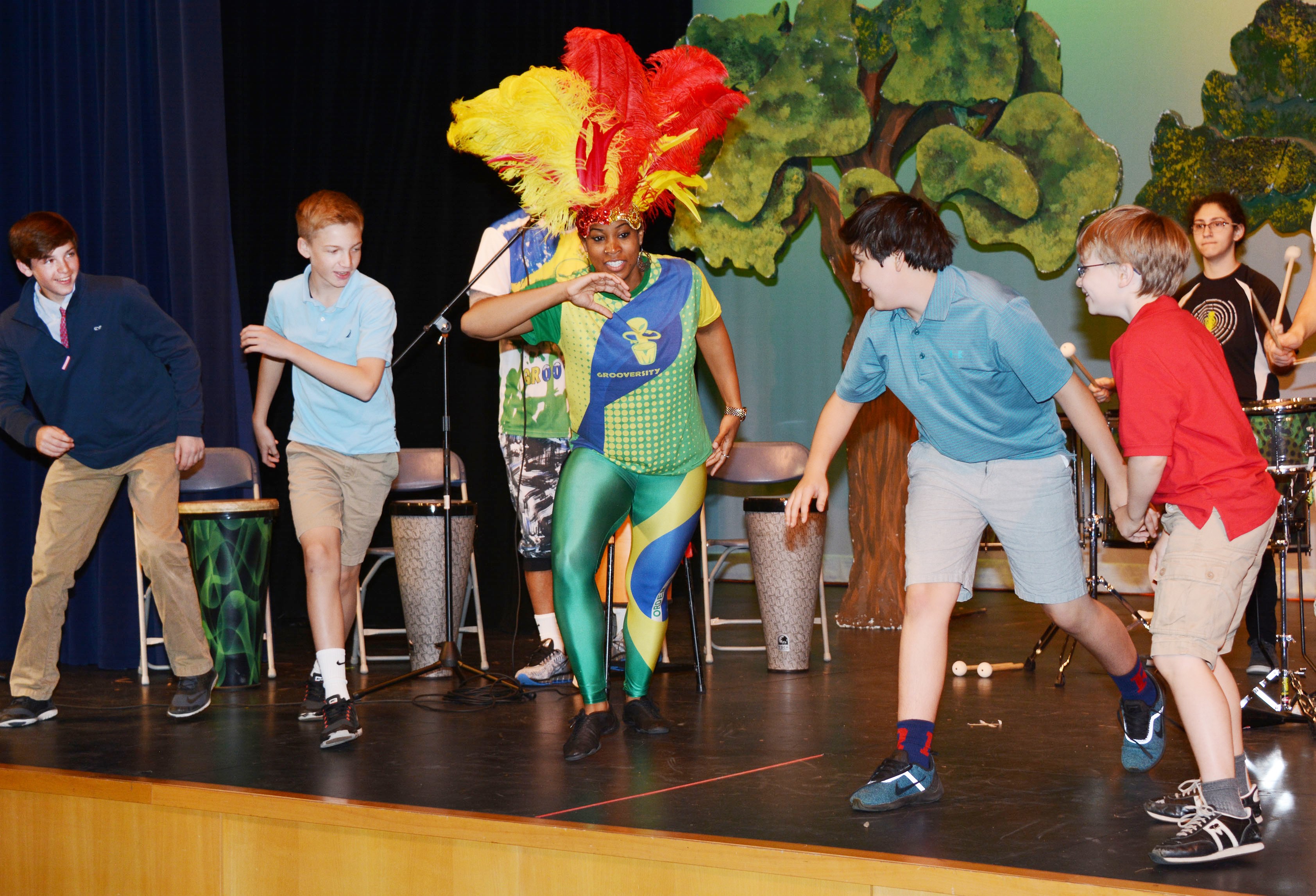 The Cultural Arts Festival is designed for students to “extend yourselves outside of your comfort zones to experience other cultures through the arts, food, sports, and other traditions,” said Jenn Youk See, assistant director of diversity, as she opened the annual event during which boys sang, danced, cooked, created games, worked on art projects, tried sports such as cricket and rugby, and played indigenous musical instruments. The colorful flags of many nations flew from the fences around campus.

The day kicked off with acclaimed percussionist, educator, activist, and Grooversity maestro Marcus Santos leading an ensemble of drummers and dancers in a high-energy survey of musical styles springing from his native Bahia—the original capital of Brazil. Volunteers were called upon to get up on stage and help make some music (see photo). Grooversity led workshops later in the morning.

At the end of the event, which was organized by the diversity department, the boys shared their experiences. Many pronounced the workshops they attended “really cool!”—with one student declaring of the Origami program he attended, “I would never have been able to do that on my own!”