<Back to News
Team Fenn Walks for Hunger, Raises More Than $3500 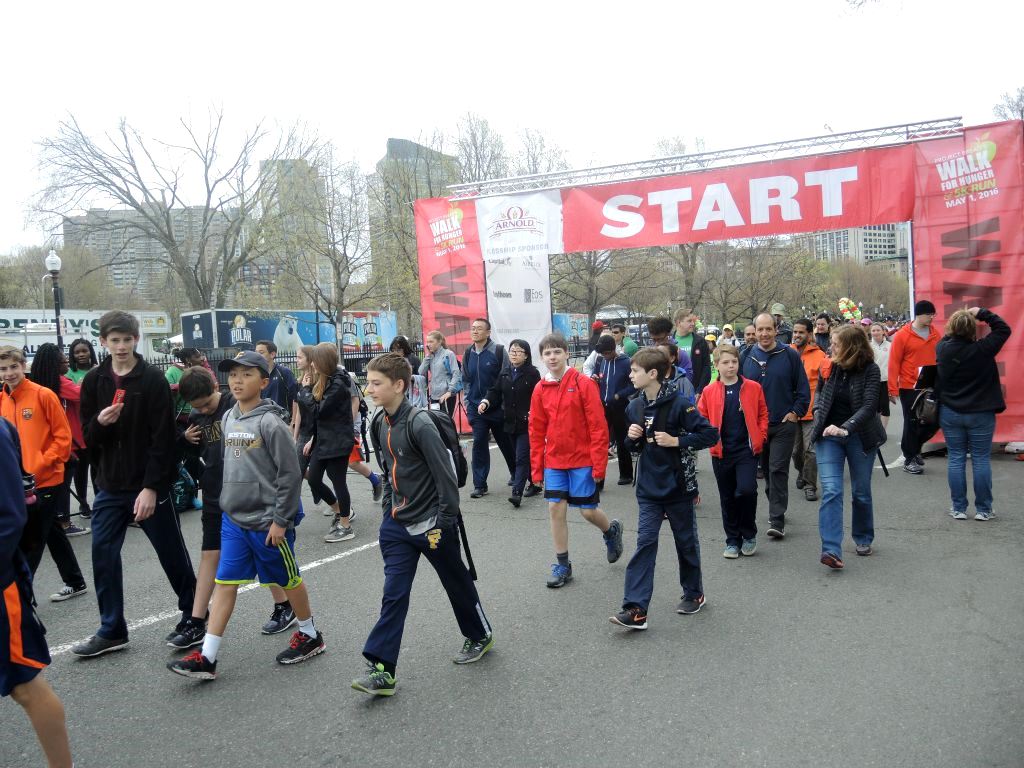 Led by Michelle Heaton and Pauline MacLellan, Team Fenn, some 35 members strong, walked the ten-mile route for the Walk for Hunger on May 1 in Boston and so far has raised more than $3500 in donations. The group began with a 7:30 a.m. departure from Fenn, with more team members joining the group at Alewife and Park Street stations.

The walk commenced at Boston Common on a cool and grey day with a few showers. The weather did not daunt participants, who stayed dry as they trekked along the Charles River on the Cambridge side and then returned along its Boston banks.

Team Fenn was comprised of students across divisions, parents, and three Nashoba Brooks girls. Pauline remembers ninth grader Sam Farley’s first walk as a fourth grader; this year Sam participated for the last time as a Fenn student. Seventh grader Sam Barton is another veteran, she said. He wrote an email letter to family and friends this year to ask for donations for his walk. It read in part, “Unfortunately it is only ten miles instead of the usual twenty because of construction, but I still think it will be a blast!”

Each year the Walk raises more than $2 million for hungry families in Massachusetts. The proceeds go to programs such as Project Bread, which funds over 400 programs in more than 120 communities across the state. Donations for Team Fenn are still coming in, but more than $3500 has been collected in its name.