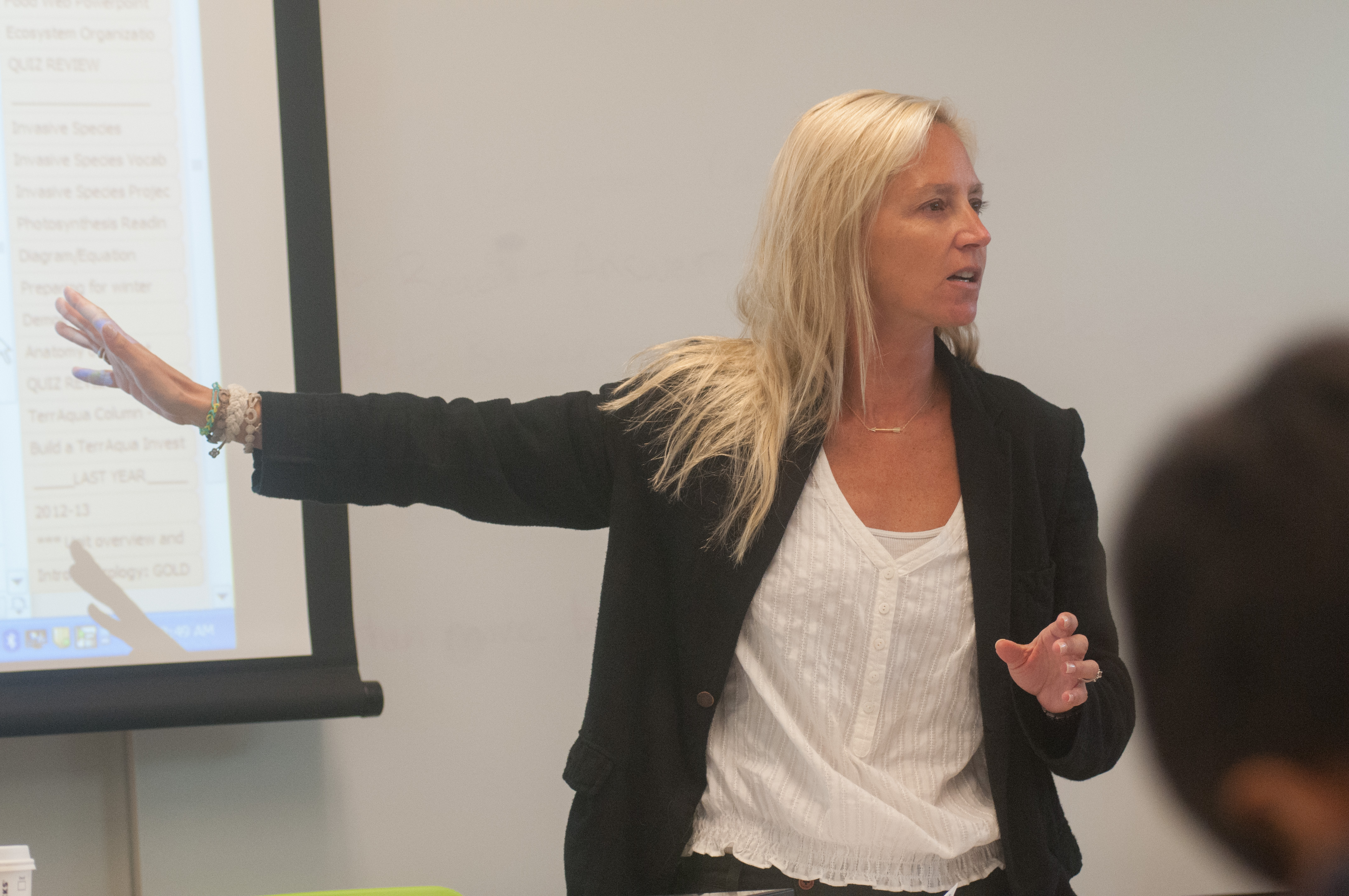 Michelle Heaton, a science teacher and coordinator of the service learning program at Fenn, was awarded the inaugural International Boys’ School Coalition (IBSC) Research Award in June for an IBSC action research project she completed this spring.

Michelle focused on the introduction of a service learning component into a science-based unit on climate change in her sixth grade class, which showed that boys grew in confidence when they saw themselves as change makers.

For one activity in the curriculum unit, Michelle had her students conduct research about climate change and design cards with messages about such issues as the effects of burning fossil fuels. The messages were displayed on school video monitors and in napkin dispensers in the dining hall.

The success of her work, according to IBSC Executive Director David Armstrong, “is encapsulated in the reflection provided by one of the boys participating in [her] research.” The boy wrote in a reflection, “I think that being a global citizen means that you are a person that knows about the world, cares for the world, and makes actions to make this world a better place.”

Michelle says her research “brings to light the significance of personal connection to place and local service as a springboard” for middle school boys to develop their understanding and appreciation of the impact of climate change on a global scale. The ceremony at which she received the award took place on June 27 at an IBSC conference in Vancouver, British Columbia, where she presented her research. Michelle will begin her sixth year at Fenn in the fall and will continue her research in a Ph.D. program at Antioch University.