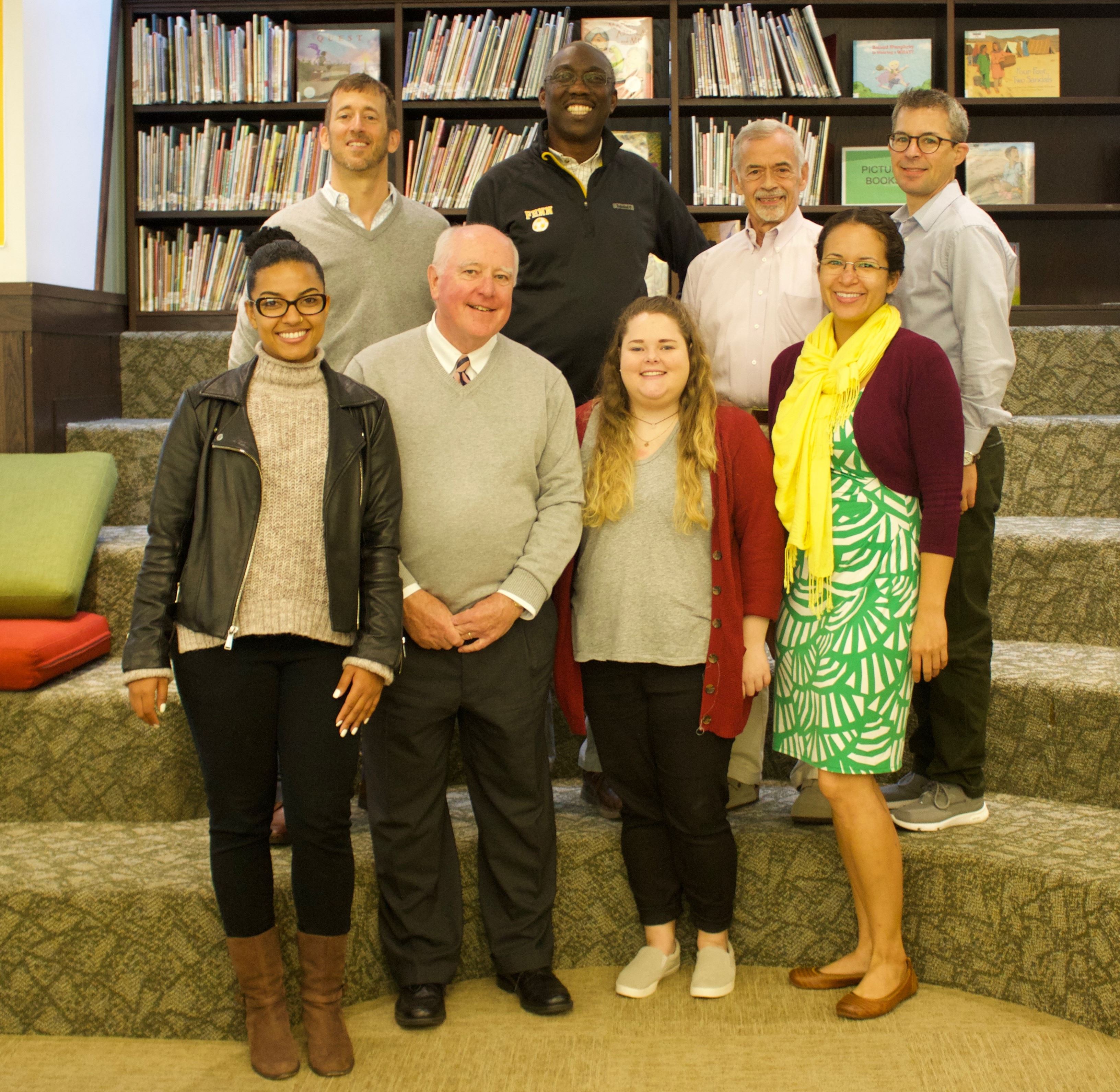 On October 12, the Fenn community observed Respecting Differences Day, the first of two days dedicated to reflecting on and discussing issues of equity and social justice, including sexual orientation, racism and sexism. Fenn classes assembled for age-appropriate presentations, thoughtful conversation and group activities to honor the day.

“Our Fenn mission guides us to be a ‘personal community that honors diversity,’ and our Respecting Differences Program is one way that we commit to achieving that,” shared Headmaster Jerry Ward. “We’ve offered this important program for 17 years, and I continue to be impressed by the quality of the programming and the honesty of the speakers as they give our students a window into their personal journeys. With this program, we are educating boys about the vital importance of respecting differences and nurturing a safe, affirming, and caring community.”

Fourth grade boys viewed That’s a Family!, an award-winning documentary about a variety of family constellations and relationships. Children featured in the film reflected on growing up with parents of different races or religions, divorced parents, a single parent, gay or lesbian parents, adoptive parents, and grandparents as guardians. Advisor-led discussions followed the viewing, and students agreed that love was the common link across diverse families.

Fifth grade boys enjoyed a presentation by advisors. Kristin FitzGerald discussed growing up with divorced and same-sex parents; Liz Wei shared perspective on her biracial family and Tricia Writer on her role as single parent to two boys; Jen Waldeck talked about the blending of two religions in her family; and Jonathan Byrd offered perspective on raising stepchildren. One student applauded the courage of the teachers in sharing their personal stories.

Following the presentation, students created posters with the theme of “Family Can Be…,” which will be exhibited at the Lower School. One group of students described family as “a beautiful mess,” bringing the concept to life through artwork comprised of a smattering of colored-marker dots. Later in the year, fifth graders will create portraits reflecting their own identity for display in classroom galleries.

Middle School boys in grades six and seven were treated to an honest conversation with two members of the LGBTQ community representing SpeakOUT, a community of speakers committed to a world free of homo-bi-trans-phobia and other forms of prejudice by telling the truths of their lives. Both men shared their personal stories, all the while reinforcing the importance of Fenn values of honesty, respect, empathy, and courage in embracing people’s differences.

Seventh grader Liam Kelleher was one of many students enlightened by the discussion. “I never realized or understood how powerful and harmful one or two words could be until this year’s Respecting Differences Day presentation,” shared Kelleher. Another student asked for advice or strategies that he and his classmates could use to address homophobic or offensive comments made by others.

Upper School boys heard from Alex Myers, the first openly transgender student at Phillips Exeter Academy and Harvard University and presently the first openly transgender faculty member in the history of Phillips Exeter, where he teaches English and writing. Myers engaged the boys in honest dialogue, stimulated their thinking, generated understanding, and provided language to help them engage in conversation about sexual identity and civil rights.

“Anytime we can create an opportunity for students to explore other people, cultures and identities and understand how connected we all are, we’re enhancing not only their education, but also their leadership skills and their understanding of their own identities,” remarked Fenn’s Director of Diversity, Tete Cobblah. “I feel personally elevated by the opportunity to educate about these topics, and I believe the vast majority of Fenn faculty see something precious happen during our Respecting Differences program. And I think the students feel the same.”

Seventh grader Teddy McKeown summed up the learning of the day perfectly, sharing, “We are all different in our unique way, and we should all respect that.”