January 11 marked Fenn’s 32nd annual Martin Luther King, Jr. celebration, award ceremony and assembly. “Walking on the King’s Highway” was the theme of the program, as it honored the ideals of respect, courage, honesty, empathy and non-violence that fueled the engines of the Civil Rights Movement and the dreams of Martin Luther King, Jr. The Fenn School and Fenn Parents Association sponsored this year’s gathering.

“Our annual MLK assembly at Fenn is an exciting civic and cultural event that gathers our diverse community to bring awareness to the work ahead to combat racism, bigotry and other forms of discrimination,” shared Director of Diversity Tete Cobblah. “Through music, recitations, dance and poetry, the assembly celebrates the achievements of men, women and children in their quests to create a better world free of war, conflict, racism and other ills. This year’s celebration stresses hope, the human spirit, resilience and individual civic responsibility.”

The assembly opened with a captivating reading of the poem “Everyone Sang” by fifth grader Seiji Ma. Joyful singing of “Oh Happy Day” followed, with Tete Cobblah and teacher Ben Smith leading the Fenn MLK Stars singing group of current and former Fenn faculty, staff and parents and skillful accompaniment from the Seth Connelly Band.

Fenn students took to the stage to share recitations of memorable texts, poetry and quotes as the program unfolded. The Treble Chorus of student singers also lent their voices to the celebration, as did Summer Fenn Director Maggie Magner as she brought the house down with a soulful rendition of “A Change is Gonna Come” by Sam Cooke.

Later in the program, Fenn MLK Medals were given to two individuals who exemplify MLK’s teachings, beliefs and the work he tackled so passionately throughout his life and who demonstrate leadership in raising awareness for social justice and impelling action and change for a better future. Art Teacher Elizabeth Updike-Cobblah and Fenn Community Service Coordinator and Teacher Elise Mott were the 2018 recipients. Headmaster Jerry Ward acknowledged Updike-Cobblah’s gentle strength and selfless commitment to service and Mott’s unwavering dedication to cultivating young leaders who will make a positive difference in the world.

The program concluded with the singing of moving Gospel Medleys, final remarks from eighth grader Noah Wells urging students to ask themselves what they can do for their fellow man and the world, and a moving rendition of “We Shall Overcome” and “Lean On Me.”

“This remarkably inspiring MLK celebration was created from the vision of Tete Cobblah,” remarked Jerry Ward. “For the past 32 years, he has been a North Star for the Fenn school community in its celebration of and commitment to diversity and service to others. With much gratitude and admiration, we thank Tete – and certainly the students and current and former faculty and staff who participated today.”

Ward added, “It is so important that we now carry in our hearts the ideals and charge of Martin Luther King, Jr. to make a difference for good in the world. Sometimes this takes courage and toil, and can be tedious and discouraging, but it’s also uplifting. And making that difference - in small or larger ways - is what will truly matter in life.” 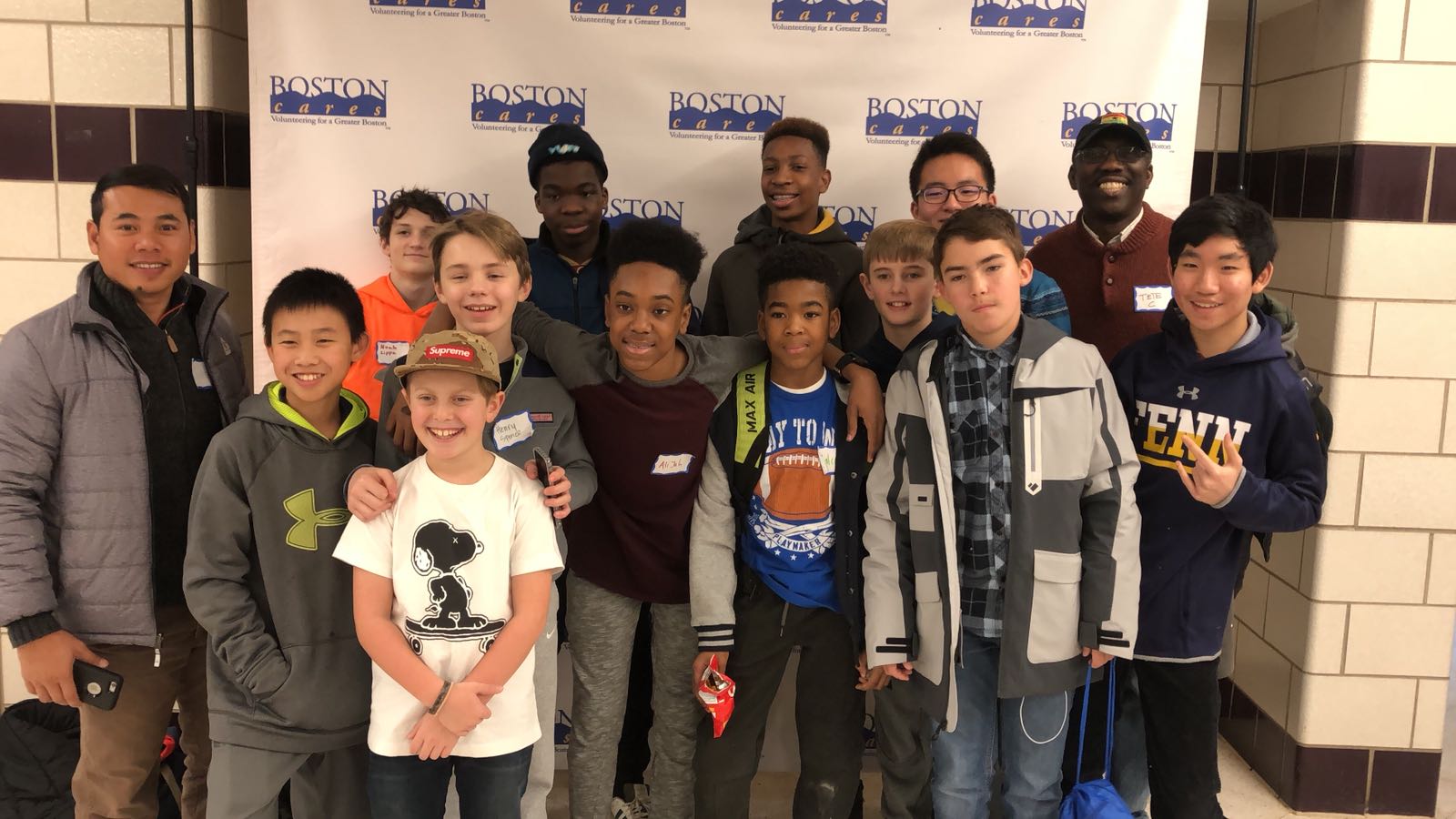 And on Monday, January 15, Fenn’s diversity office provided a volunteering opportunity for students who wanted to use their Martin Luther King, Jr. holiday as a day of service to others. Fenn students and faculty were part of a group of 600 people that were organized by volunteer agency Boston Cares and invited to Boston Latin School to create ESOL (English for Speakers of Other Languages) learning tools for community organizations and schools throughout the city of Boston. Boston-area immigrant and refugee families that are learning English and preparing for citizenship exams will benefit from the English journals, conversation games, mobile lap desks, and vocabulary and citizenship flashcards prepared by the enthusiastic corps of volunteers.