Generations of Fenn alumni, faculty, staff, and guests hailing from as far away as Germany descended upon the Fenn campus on Friday, September 21 to kick off Homecoming weekend with an alumni dinner and reception that would celebrate reunion classes and treasured blue-and-gold memories. The evening began with a “State of the School” conversation with Headmaster Derek Boonisar that provided alumni an opportunity to share their hopes for the future of an institution that they hold most dear. A jovial cocktail reception followed on the patio outside Ward Hall and the Connolly Dining Hall under a beautiful moonlit sky complemented by flickering lanterns and the sounds of laughter and storytelling among old friends.

Alumni dinner carried the same contagious spirit in the Connolly Dining Hall, with Derek Boonisar addressing the gathering before yielding the floor to Alumni Association President A.J. Sohn ’84 to bestow Fenn’s Distinguished Alumnus Award on Dr. William A. Lawrence ’78. Bill was recognized for his more than three decades implementing programs and researching and analyzing issues related to the Middle East and North Africa region and the wider Muslim world.

Earlier in the day, Bill was honored during an all-school assembly in Ward Hall before he engaged with eighth and ninth grade classes in smaller group conversations about his life and Fenn experiences and points-of-view on the complex, current-day political climate.

Homecoming festivities resumed in earnest on Saturday morning with the Kevin White ’93 Memorial Run that, for the very first time, traversed a course that snaked its way to, from, and around the stunning open land on Fenn’s new north campus. The top three finishers from the field of more than 60 runners were Tyler McGarry '19, Ted Gillick P'23, and Mandy Gardiner P'22 (also the first female finisher). Headmaster Derek Boonisar also completed the race successfully running alongside daughter Caroline, after earlier warnings to the community that he feared a last place finish due to a discomfort with distance running. 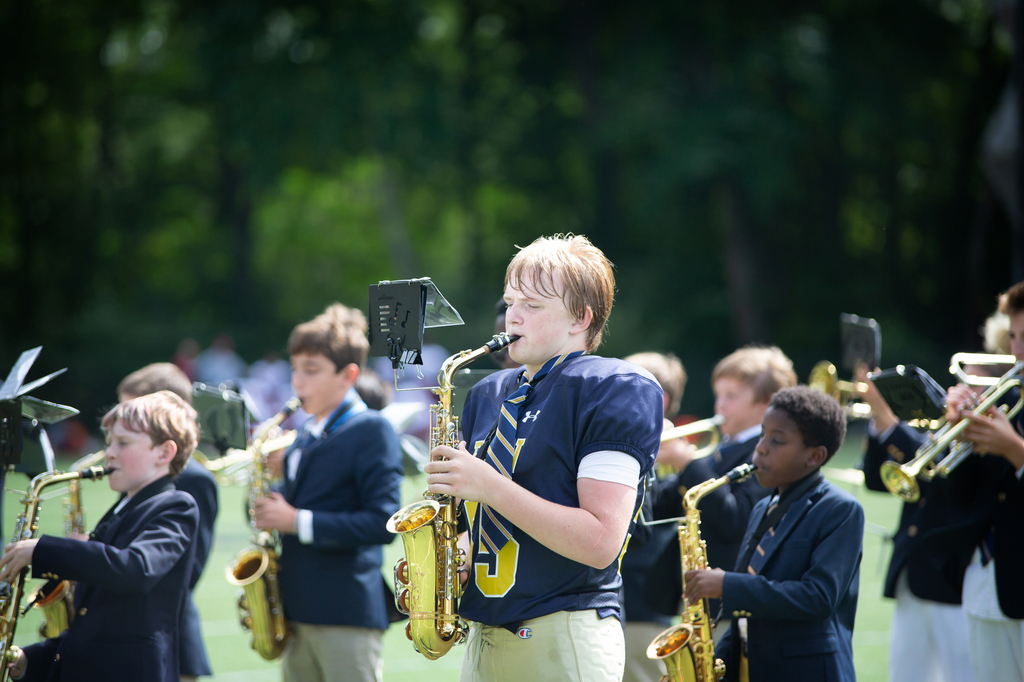 A contest of a different sort took place on Reynolds Field at 11:30 a.m. as Fenn’s Varsity Football squad battled The Fay School, buoyed by a spirited Homecoming crowd and performances by Fenn’s Treble Chorus and Marching Band. A 50-yard touchdown run by ninth grade captain AliJah Clark on the first drive of the game set the stage for what would be a strong showing by a talented varsity team. Clark went on to score two rushing touchdowns later in the game, while also treating fans to some excellent catches.

“It was great to see the team gel after two hard weeks of practice,” remarked Varsity Coach Matt Ward ’00. “The boys played for each other and executed on every major opportunity. We talked a lot about our team identity prior to Saturday and the teamwork we wanted to surface. Our scrappiness, discipline, and team unity really shined against Fay. The coaching staff was pleased with the boys’ ability to put team first and play with respect and great effort against our rival at Homecoming.”

The final score was 28-12 with Fenn posting a convincing victory in its first game of the 2018 season. 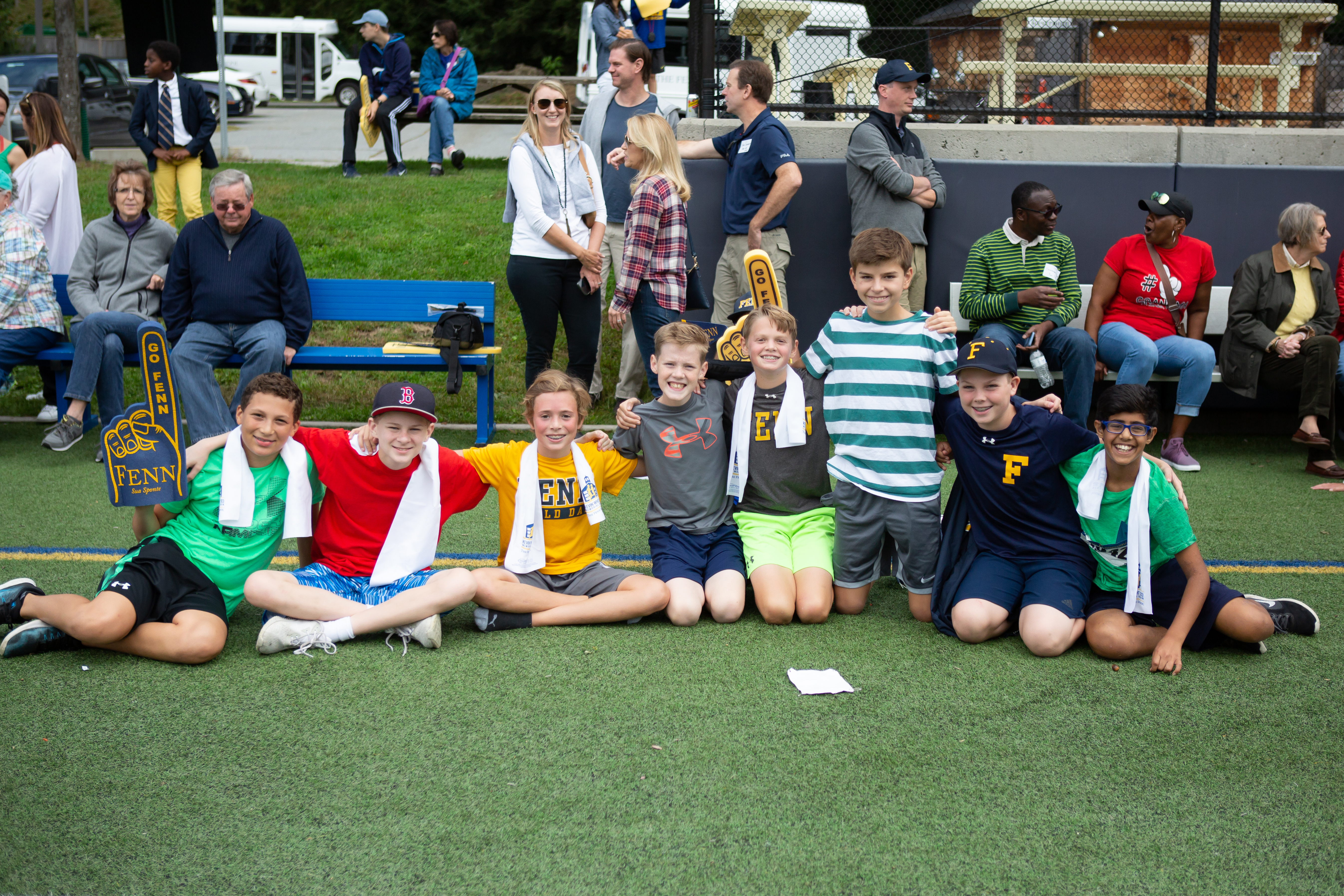 Homecoming guests were also treated to a Fenn Logo Wear sale manned by the Parents Association, a Summer Fenn Kid’s Corner featuring inflatables, crafts, face painting and more, a tailgate for alumni and alumni parents, and a tasty picnic lunch.

Headmaster Derek Boonisar summed up the weekend perfectly. “It was wonderful seeing so many alumni back on campus on Friday and hearing their nostalgia and appreciation for their Fenn education,” he shared. “Some were on the verge of tears of joy when reconnecting with the campus and with their experiences here.

“The energy on-campus all day on Saturday was equally high and palpable, beginning with our memorial run on the new land,” he added. “The football team was competitive and played hard, the sidelines were filled were spectators, and there was great food and great company. I appreciate everyone who came out and was part of the festivities. There were a lot of smiles, and it was quite simply a very positive and fun Fenn day.”