Armed with slogans ranging from “Jack and Tom, We’re the Bomb” to “Tom and Jack, We’ve Got Your Back” (which they had to abandon when a rival campaign used the same slogan in a speech to the student body that was delivered before theirs), they wisely focused on connecting with classmates during the campaign to understand their hopes for a new administration. 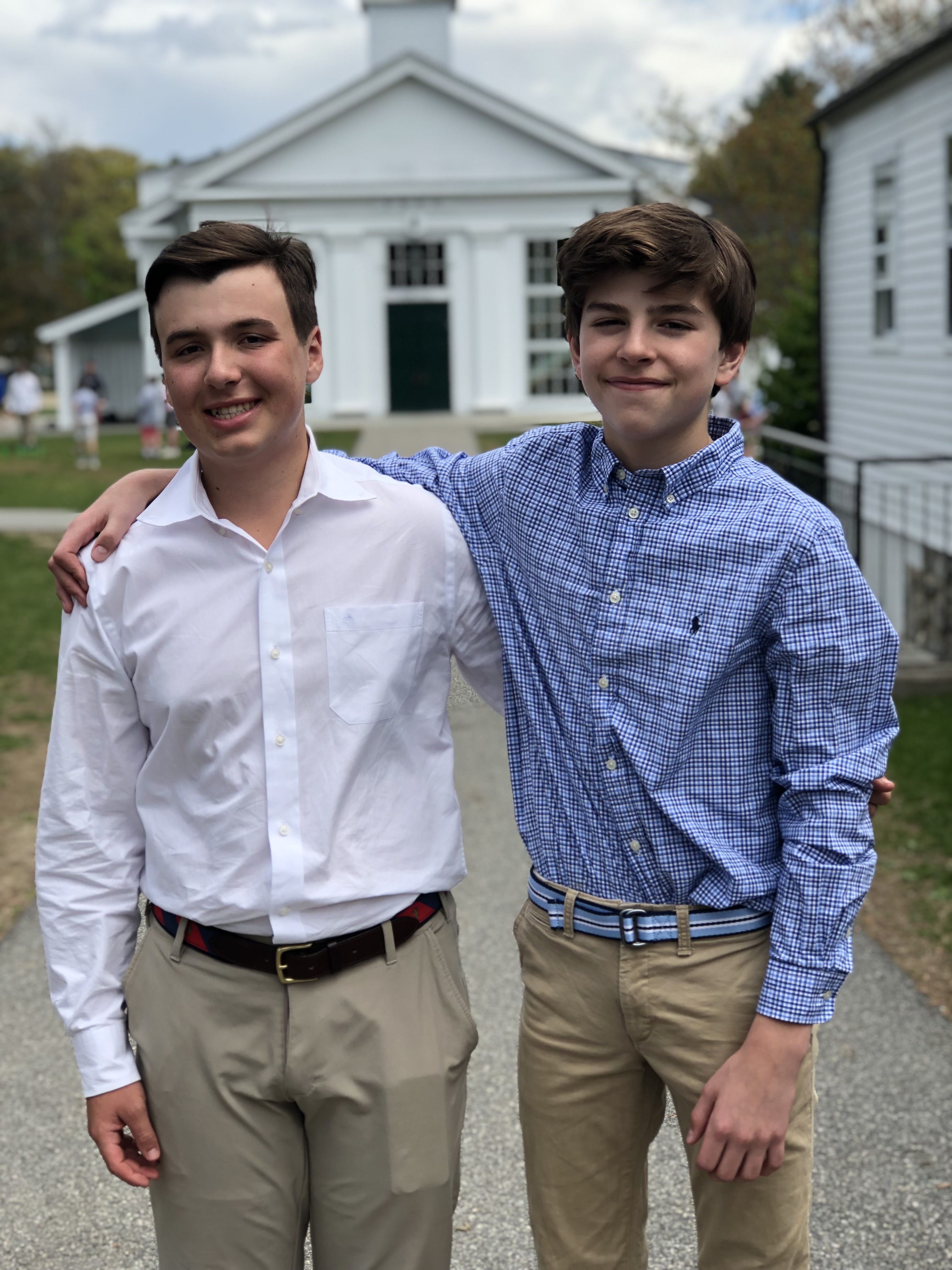 “Before the election, we went around to the Lower School and asked what they wanted to see,” shared Tom. “That really helped in getting their votes.”

“We knew the Middle School also needed to be targeted because they’re the largest division of the school,” added Jack. Tom took good advantage of a brother in Fenn’s sixth grade to make connections with Middle School classmates even outside school hours.

The pair’s campaign promises included securing five to 10 more Spikeball nets, a popular recess sport on the Fenn campus, and a scavenger hunt around Fenn’s campus that could score participants prizes in All School Meeting. Jack and Tom recall getting the best reaction from a suggested prize of a “get out of recess recall” card, which they say Headmaster Boonisar has already approved.

Other candidates in the race to represent the Fenn student body in its highest offices included pairs Malcolm Clark and Jack Bretl and Ben Cook and Ty Johnson.

"Congratulations to all of the candidates who stepped forward to run for President and Vice President," exclaimed Student Government Coordinator Matt Ward. "They ran with integrity and modeled the core values of respect and courage throughout the campaign. And thank you to Upper School Head Dave Irwin for helping me guide the students through the process. The school came together in support of all of the boys, and they made us all very proud!"

As Jack and Tom officially assume their new roles during June’s graduation ceremony, they will surely be cheered on as vigorously by the extended Fenn community. Both are excited for all that the next school year will hold as they lead Fenn as student body President and Vice President.