Thursday, October 3 marked the first of two senate races that The Fenn School will experience during the 2019-2020 school year. As part of the election process, courageous and inspired boys team up in pairs and agree on goals that they would like to target and achieve, if elected. Goals often come in the form of fundraising candy sales, sports tournaments, movie nights, and school spirit challenges, and this election season proved no different. Senate elections also present faculty members with the perfect opportunity to discuss with students what it looks like to embody Fenn’s core values of honesty, respect, empathy, and courage and how to campaign with respect for the other candidates.

Although student campaigning was largely limited to the length of campaign speeches before peers this election season, the candidates were challenged to create catchy campaign slogans, write convincing pitches, and deliver their promises in ways that connected with classmates and helped to secure votes. And that they did!

At All School Meeting following the election, Jack Moskow, Student Body President, called for all who participated to stand and praised them for “[having] courage to get in front of your grade and run for senate.” He then introduced the newly-elected fall term senators to the Fenn community. They are: 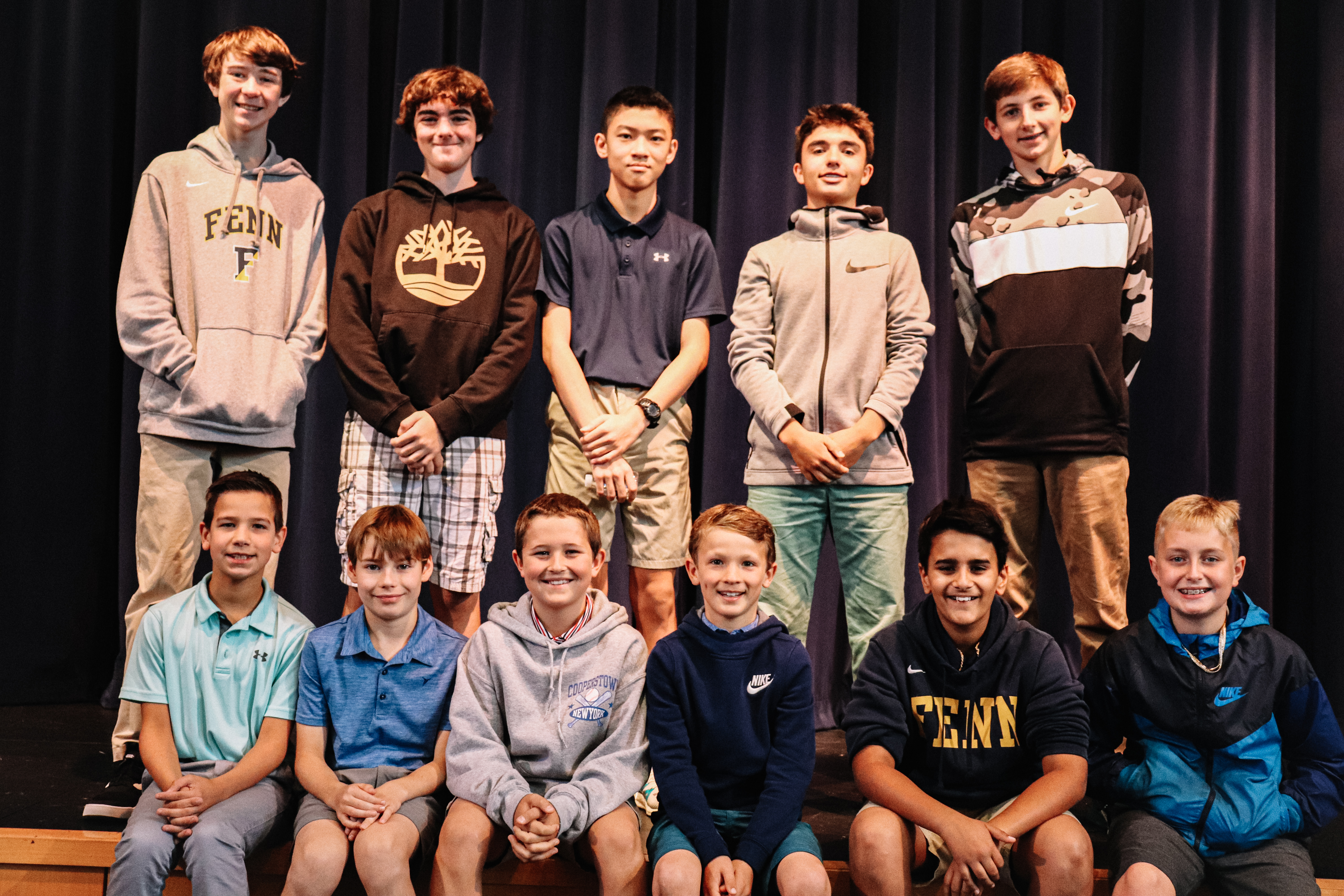 Ten of the twelve senators are in office for the first time, with the exception of Ethan Ali and Timmy Smith. Interestingly, this marked JP Ward’s seventh time running for senate, with the previous six times leading to losses during campaign run-offs. This year, JP was able to avoid another heartbreaking loss in the run-offs and is ecstatic to represent his class.

Following their introductions, the newly-elected senators shared their experiences running and some of the goals that they hope to accomplish. Both ninth and eighth grade senators aim to provide fun memories for their respective classes. Garrett and Owen, Fenn’s ninth grade senators, are also hoping to create a class-wide scavenger hunt that has the opportunity to score everyone cool prizes. Kyle and Luca, the eighth grade senators, both shared that their motivation to run came from the fact that “this is a time when eighth graders will be applying [to secondary schools],” and “we want to make this a fun time for all.”

While some senate teams dazzled with catchy slogans, the seventh and sixth grade teams chose a simpler approach, relying more on the nature of their promises to draw the attention of classmates. Leading with the slogan of “Just Vote,” Timmy and JP shared their vision for a ping-pong tournament, while sixth graders Ethan and Reed sported gold chains to enhance their image and shared plans to create a movie night with Nashoba Brooks School students.

The full crew of senators will come together with Mr. Matt Ward, Student Government Coordinator, and Student Body Vice President Tom Murdough during select All School Meetings to discuss how to raise funds, increase school spirit, and create lasting memories during Fenn’s fall term. It will be an exciting fall for these class representatives!