A new Fenn value, a ravenous crocodile, and one surprising superpower were the headliners of the 89th Hector J. Hughes Extemporaneous Speaking Contest, which featured 11 student orators.

The Extemp Speaking Contest requires participants to select a topic out of a hat and soon after deliver an up-to-two-minute speech to a packed audience in Fenn’s Ward Hall. The contest is a Fenn favorite and has made lasting impressions on alumni finalists across the decades, and this year’s participants did not disappoint! They tackled a variety of topics, including “How to tame a Hippopotamus,” “Finding Baby Yoda in a Wal-Mart,” and “Explaining Snapchat to Grandma during Thanksgiving.”

After nearly a half-hour of hilarious and persuasive speeches that had the audience amused and writhing with laughter, the judges departed to embark on the difficult task of naming a winner and two honorable mention victors.

The winner of this year’s speaking contest was eighth grader Will Simon. His command of the stage had everyone enthralled during his monologue on “How to effectively fake being sick.” According to Will, the keys to success were being irritable, mean, and simply terrible, and embracing what he described as a new fifth core value for Fenn: lying.

Eighth grader Max Libby-Grantham and ninth grader Hudson Wesel were the judges’ choices to receive the two honorable mention awards. In a tightly contested race, these two pulled ahead due to their mastery of storytelling. Max delighted us with a description of the “Lamest Superpower Ever” and how his power of hovering one inch off the ground had assisted him in defeating Hydroman by drinking his waves with a straw. It left us wondering whose power was “lamer” - the ability to hover an inch off the ground or to make waves of less than an inch high!

Hudson Wesel burst onto the stage with his left sleeve tied up like he was missing an arm, 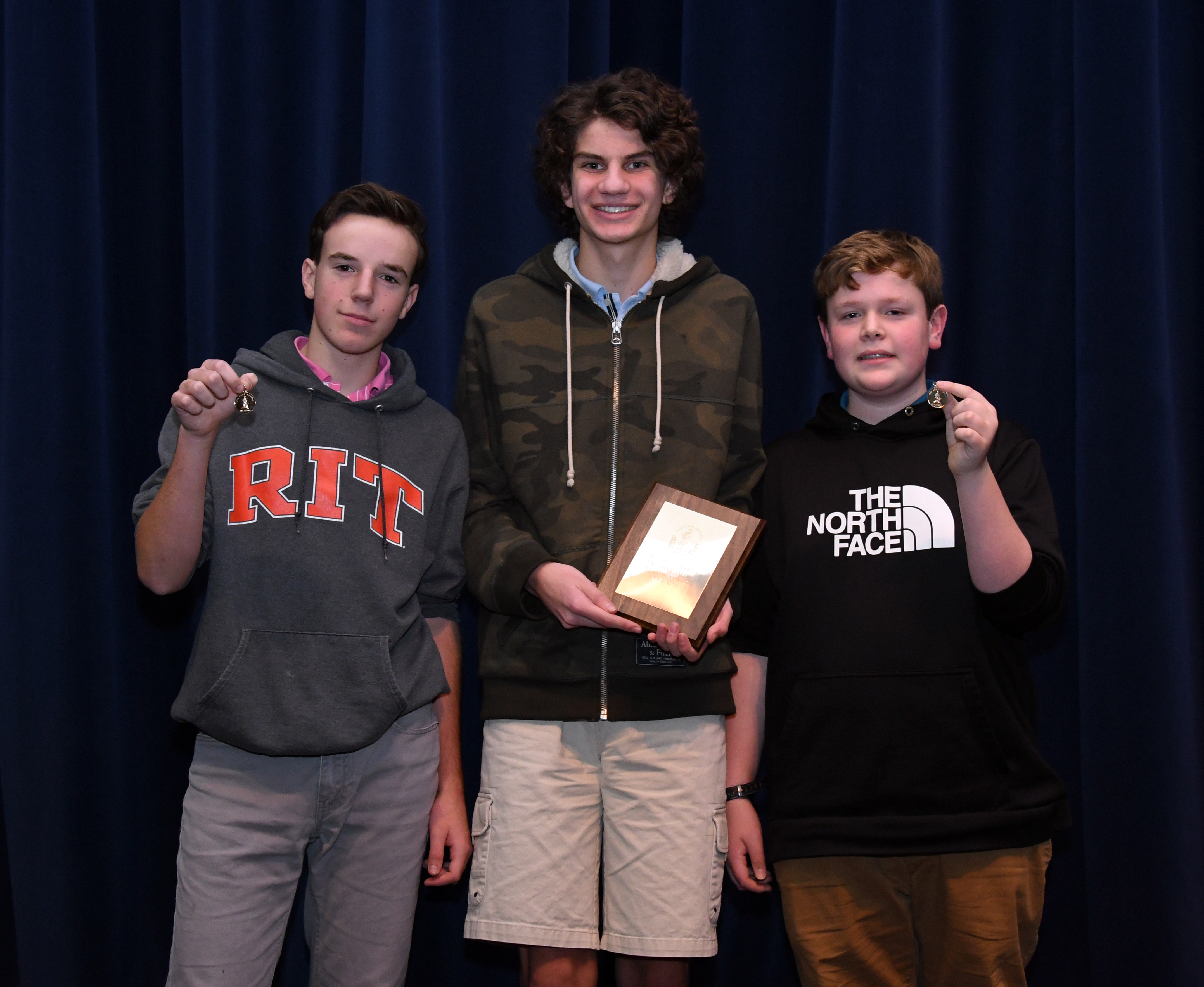 shouting about a persistent crocodile who had the lead role in his response to the topic: “Why my family’s trip to the rainforest ended badly.” Featuring a plane crash, a determined crocodile, and canoeing with one arm, Hudson masterfully wove a story that had the audience full of laughter and stunned at the same time!

A speaking contest like the Extemp requires its contestants to display ample courage and creativity, a feat not lost upon the Ward Hall audience. As each boy took the stage, they were uplifted by an amazingly supportive audience of peers, faculty, staff, and guests. Also of unwavering support to the participants and all who auditioned for the competition were event organizer, Kate Wade, chair of Fenn’s English Department; David Duane, Fenn’s extravagant contest emcee; Jason Rude and Ben Smith, who readied (and steadied) the boys before they commanded the stage; and Lynn Duval, who helped to determine the slate of boys who would compete as finalists!