Named for William Wallace Fenn, a scholar, preacher, and public speaker who was also the father of Fenn’s founder, Roger Fenn, the historic W.W. Fenn Public Speaking Contest takes the Fenn School stage annually to feature the speaking prowess of finalists from grades 6 through 9. Today, 10 student finalists declaimed prepared speeches before an All-School assembly that attracted a full house of students, faculty, staff, guests, and a judging panel of three. The previous five weeks saw approximately 30 semi-finalists deliver pieces before All-School Meetings as each vied for a place in the finals. 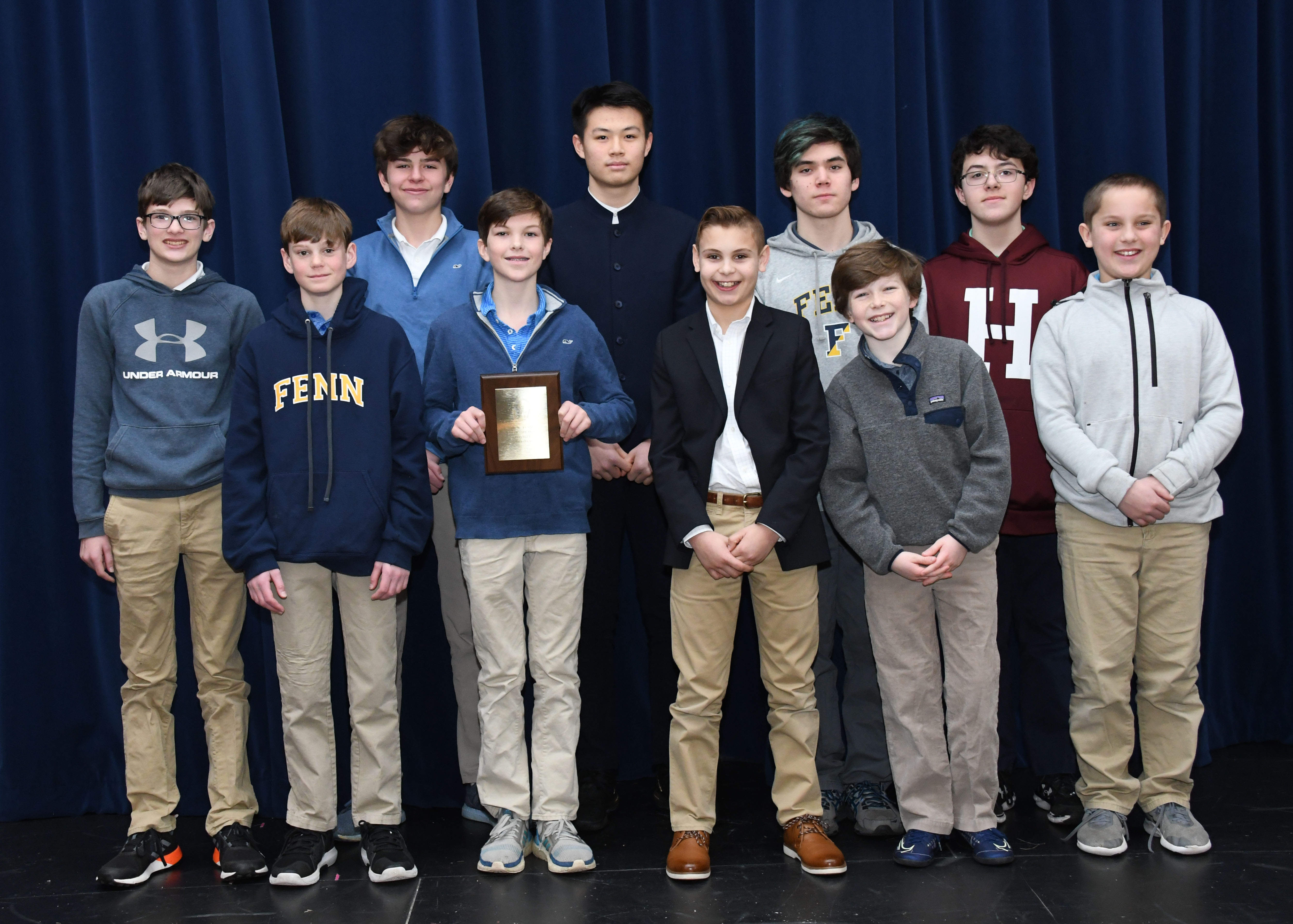 “This contest is an integral part of our Fenn curriculum,” remarked English Department Chair, contest organizer, and emcee, Kate Wade, as she introduced the program and the upcoming student performances. “Learning to effectively and confidently speak in public is a powerful skill and a critical aspect of each student’s leadership journey at Fenn.” 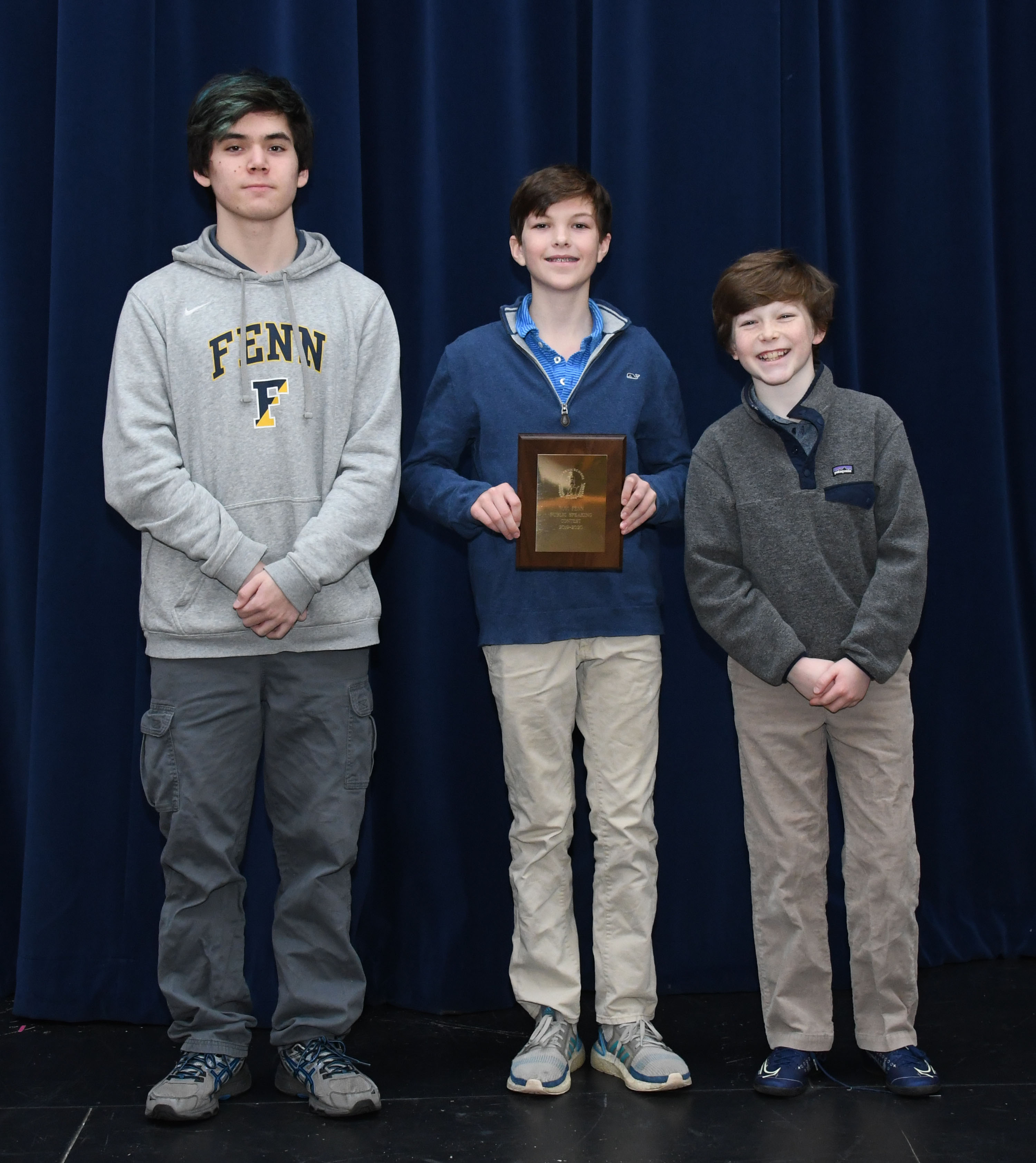 Considering the time that the judging panel required to arrive at just three winners after the group of 10 gripped the attention of the audience with pieces of vastly different content and emotion, all participants more than hit their marks in this feat of courage.

The judges ultimately crowned ninth grader Harrison Wei and sixth grader Charlie Hood its two honorable mentions. Wei delivered a haunting rendition of “There’s a Man in the Woods” by Jacob Streilin, drawing the audience in from the start and keeping it in his grip as the arc of the story about a school teacher’s fall from grace morphed from light to dark. Hood was equally impassioned in his delivery of teenage environmental activist Greta Thunberg’s “How Dare You” speech before the United Nations climate summit in September 2019. The judges recognized Hood for his excellent topic, fantastic expression, and movements that well-complimented his words and sentiment.

Securing the top prize in the 2020 contest was eighth grader Hans Scheibe, who expertly delivered the adolescent love poem “Oranges” by Gary Soto about a first date and its promise. According to judge Laurie Byron, Scheibe was masterful in bringing a universal experience to life through Soto’s words and powerful imagery. He was applauded equally for his ownership and interpretation of the poem.

Visit https://livestream.com/FennSchool to see all 10 finalists share their chosen pieces before an appreciative Ward Hall audience.